Blood on the Dancefloor 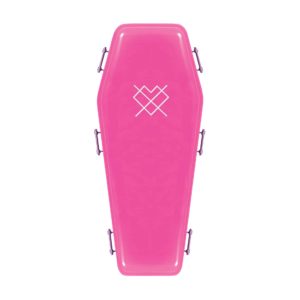 Night Club’s 3rd record ‘Die Die Lullaby’ airs on October 9th, 2020 and turns out much darker but with wider spread influences from Disco to Bollywood to Addams Family.

The first – and also my favourite track – ‘Die In The Disco’ doesn’t formally fulfill the expectations the intro suggests. It’s dark disco in the best possible Night Club fashion – totally danceable yet full of homages to disco throughout the ages. There’s even a slightly industrial-noisy disco train and a passage adapting Lesley Gore’s ‘It’s my party and I cry if I want to’.

Some of you might remember this track from the movie ‘Mermaids’ starring Cher in her best of days.
In matters of topic, the intro is completely on point: Emily Kavanaugh breezes through the lyrics like a lost teenage girl being overwhelmed by a need to get lost in the truest of senses and – of course – die in the disco. In times like these, I can quite internalize this approach.

Creepy songs from the playground

A flat beat leads you into the next track ‘Sad Boy’ where you are made to keep your distance as soon as the lyrics set in. They sound as if taped from loudspeakers, giving them a tinny air while the chorus is almost playful and childishly sorrowful.
As the story evolves you realise that keeping a distance is a good choice for the song is about an angry boy thinking of his gun – going postal is near at hand. A mocking interlude breaks the song’s pityfulness. It sounds like a playground song, provoking the said boy:

Mark Brooks’ voice is made to sound soft and androgynous, but the mocking sticks nonetheless and even closes the song in a round with Emily’s sweet but pitiful singing, going over into the sound of a breathing machine like an iron lung. This leaves you with an eerie feeling, ready for the next creepshow moment.

‘My Valentine’ really surprised me – I didn’t expect an indian sitar in a heavy disco environment! I love this crossover-I-don’t-care-about-the-rules-you’re-talking-about-attitude! Of course, you won’t hear anything about a love story with all the romance of a Bollywood movie. It’s all as dysfunctional as it should be in a ‘Night Club’ song. Still, the dreamy sitar lulls you about the actual lyrics but soon gets thwarted by a dirty, heavy interruption kicking you out of this romantic state of mind. There are not many ways to depict a sick relationship as entertaining, accurate and in the same moment very new to your ears as it happened in this song.

I’m sure you’ve all already watched the music video ‘Miss Negativity’, so I’m not going to tell you anything new. It’s the bitter-sweet taste of depression cast into the form of a track, infused with the ups and downs illustrated by the vocal lines and topped with an ‘Addams Family’ touched sound like a black cherry looming over it all. Don’t get me wrong – the song is good, but it’s certainly not the best on the album, though easily approachable. What I like is the irony peeking around every corner, which one can overlook pretty fast. Then it sounds like the average goth theme without any scroll. Probably this is why it’s not quite my cup of tea.

‘Gossip’ is something new at the Night Club: a relatively light topic with a worming and winding song structure that bores right into your head. And here we go again with a reminiscence of the ‘Addams Family’, this time directly out of the theme song: the flipping fingers are melted into a Britney Spears like pop sound with a crooked pipe sloping through the chorus. I really enjoy this composition, especially the 2000-ish bridge with more spoken than sung vocals and a little side of guitar sounds. As always, ‘Night Club’ manages to swing the topic over to the dark side:

The video for ‘Gossip’ is the second to go live and I’m really excited for it. I think, it’s a great choice to support this outstanding song visually!

First thing I thought when listening to ‘Misery go round’ was ‘This sounds like the spirit of Depeche Mode in the early 90ies’. Which is a seal of approval when it comes to me. It’s minimalistic, it’s somewhat cool and lazy, it sounds like sex, it’s like a panther in the night. Of course, during chorus these associations give way to a thick disco carpet with whipping sounds and crisp vocals. In the last third a quite disturbing element is established by an almost childish rhyme supported by tooth decaying sweet background-lalalalala. This throws in a whole different momentum, which leaves you nauseated and confused.

Connecting with the ‘Scary World’

The perfect connection follows right on track with ‘The Creepshow’ – now you know why I used this term quite often. From now on the songs represent a direct link to the prior album ‘Scary World’ in matters of topics as well as in song structures. This track is one of the slower ones on the album and opens with a fragile, distant intonation. The whole setting makes you feel like you’re sitting inside a musical box, extradited to a power outside of it. It makes you feel small and helpless but you’re waiting for the moment, when the lid pops open and the music is released and you are free again.

This sort of happens with the chorus but it’s so much slower and heavier than you would have liked or expected it. This keeps you tense and in the mood already established for you. You are in the creepshow.

If you take ‘Miss Negativity’, ‘Gossip’ and ‘Die In The Disco’ all together, ‘California Killed Me’ works like a conclusion, a summary, of the former in matters of subject and sound. The song has a fat whipping beat and really sucks you in. You can’t but nod along with it.

Musically, it’s quite strong on the piano side which is a welcome change in instrumentation. It’s loosened up by eighties synth and haunting soaring sounds. I really like the twinkle in the eye (is it?) and the fact that it kept on earworming into my brain since first listening to it. Also, it’s a quite unusual title for ‘Night Club’ for it is a more pop-like wording dipped into goth-makeup which caught my eye in an instant.

The closing track ‘Civil War’ takes up the intro on a much deeper and more melancholic level. Depression is the leading theme here with all its weight and severity. This time you see it from a different angle: the lyrics don’t shoot in the direction of self destroying slowness, they reflect on the effect though in a self centered manner:

I don’t make a very good first impression, the world is bored of my depression, tell me are you bored of it, too?
Lyrics from ‘Civil War’ by ‘Night Club’

I personally would have enjoyed a different end to this album as it lets you out into the world again with a sense of bluntness and pettiness.

Lullaby or sneeking out for Disco?

Night Club’s third album is slower, darker and less earworm-heavy than the predecessors. In times like these when no one in their right mind can actually go to a disco and dance the night away this might be a sensible choice.

I won the impression that the lyrics lack a little depth I found in the last pieces much stronger. But the range of influences ‘Night Club’ interweave here is really stunning. The childhood rhymes they established throughout the whole album – which surely inspired the work’s title –  leave you in a state between cozy and creepy. Still, they never lose their style and no matter what crazy thing they build in, it always sounds like themselves. This is a great album that you definitely should lay your hands on!

Some of you might have noticed that I’m usually more on the heavy and riotous side of music so the slower tones of ‘Die Die Lullaby’ are not my every time go-to, but this doesn’t have to apply to you guys. So check out on Night Club’s newest piece on 9th of October and form your own opinion on it – I’d love to hear it in the comments! 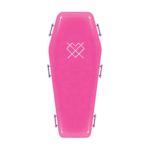