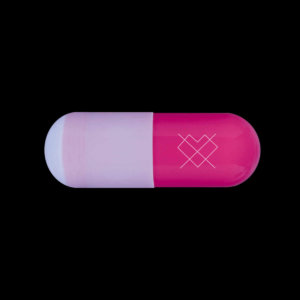 Caught between creepshow and reality

Night Club’s second record ‘Scary World’ sends you right into the haunted house of life – with pockets full of electronic earcandy dragging you to the ground. I already loved ‘Requiem For Romance‘ dating back in 2016 and they’ve definitely outshone their debut album with this new shot.

But let’s get down to it – show your ticket and off we go!

Follow the brumous path down the moonlit, grassy hill

‘Beware!’ is a soft but way creepy opener to this very special world of electronic sweetness and super realistic truth in matters of lyrics, ending with a childrens’ choir pushing you into the yawning black door of ‘Scary World’.

Hitting you hard in the face the song sets off with a dirty fat beat, contrasted by Emily Kavanaugh’s lovely girlie voice.

Being a universal truth to most of us, this chorus is definitely scary in content as well as arrangement: the childrens’ choir backing Emily’s vocals does quite a thing to it as well as the haunted melody. Nevertheless you notice yourself singing happily along with it and enjoying the bridge building up tension. It unloads itself with a partyable volley of ‘HeyHeyHeys’ but leaving you somewhat vulnerable in the hallway with the childrens’ choir echoing off in the dark.

No rest for the wicked

‘Schizophrenic‘ shakes you pretty well just as the condition would. The tearing beats and the melody resembeling a bumper car soundtrack are a perfect fit for this relationship themed song. It pushes and pulls you and makes you feel this seething disorientation of an emotionally mislead state of mind.

Slowing down to heartbeat rate ‘Your Addiction‘ brings you down to your feet again. Not that you might have a second to breathe – the bass punches you right into the stomach forcing you down on your knees:

The permanent up-and-down-pulling of sound and the delicate, secondary melodies represent perfectly what it feels like to enjoy and endure an imbalanced realationship.

With a whip lash ‘Blood On Your Blade’ crashes into your back and kicks you off balance with its beat. The almost blues-like vocal repitition sends you down a musical spiral accompanied by a falling melody. The arrangement is exquisitely chosen for falling and loosing are integral parts of the lyrics.

Giving in to panic

‘Candy Coated Suicide‘ was the first song of the album spawning to life as a music video. Following Night Club’s visual path of ‘Spooky Alice’ the video is just as oppulent and full of brilliant ironic ideas as the song itself. Yes, I do love the white Keyboard Rabbits!
Changes of speed, the contradiction between the main vocals and the underlying male distorted vocal line which can be found throughout the whole album make this composition special. The Adam’s Family finger clicking is the cherry on top of this big heap of deadly candy cotton.

Kill me with your sugar rush […] tell me why I still want you to be mine, you’re a poison in my mind
Lyrics from ‘Candy Coated Suicide’ by Night Club

Taking flight from the world’s expectations is the motive in ‘Therapy (Get High)’. Whereas the strophes keep low, forelorn and a hint depressed, the chorus lifts itself up, up and away. It feels quite eerie to find yourself lilting along with lyrics like

probably while washing the dishes. But that’s the scary world we live in.

Flight is an option

‘Imaginary Friend’ drops you straight into a lonely Nintendo Adventure. 8Bit romantic gets accompanied by full, spheric 80ies keyboards to create a world quite agreeable to exchange with the real, false world outside where this non-romantic, nearly autistic episode happens.

Come on and lie to me, lie to me, tell me that you would die for me, die for me – so will you stay with me and we can play pretend so you could be my next imaginary friend.
Lyrics from ‘Imaginary Friend’ by Night Club

If none of the earworms before stuck with you – this will. I kept singing the chorus for I guess three days non stop.

Michael Jackson in SloMo. ‘Vampires’ caught me exactly there. I instantly thought of ‘Thriller’, only more intense, fresher, closer. A feeling of being sucked at billows out of every note. The ghostly pan flute gives you graveyard shivers although you know, you won’t get away this time. Still, the song lacks a peak or a conclusion which I personally would have enjoyed here a lot.

The light at the end of the tunnel is a train

‘Survive’ hits virtually the ground running, or so it sounds. Soft vocals cover the torn piano melody mistily and BAM – the club crashes your jaw!

The big wave of siren, alarm, beat and force rushes over you, surprises you, carries you away. The following bridge is the sweetest piano-Emily-symbiosis you might imagine, building up tension, higher and higher, knowing, there must be an end to this ever upward aggression which thunders down in a heavy, straight beat, giving the record a very intense finale.

Come on, let’s do the Haunted House again!

That was fun. I already told you, I simply love this album. Compared to their first record, the band’s artistical path is much clearer without losing variety. Night Club has an unmistakable style which they continually evolve. If that’s your cup of tea, you’re absolutely right here at the Mad Hatters Tea Time! And now: run for ‘Scary World’! 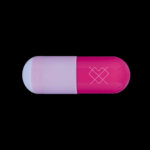