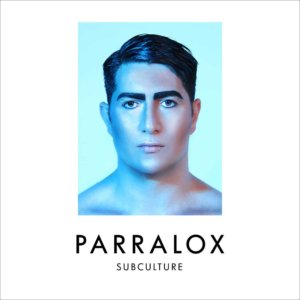 New tunes from Down Under

This year I had a very nice and spon­tani­ous meet­ing with John von Ahlen (Parralox) in his stu­dio in Melbourne dur­ing our vaca­tion in Australia. I had the chance of hav­ing a nice talk with this really sym­path­et­ic guy, and fur­ther­more he allowed me listen in on some of the new tracks on his album 'Subculture'. What I listened to in September so far was awe­some and prom­ising. Now I've got the promo for the upcom­ing new 'Parralox' album and I'm excited that my high expect­a­tions have even been excelled.

'Subculture' con­tains 14 songs with lots of fea­tured artists so the listen­er is kept caught by the sheer vari­ety of the album. Almost all tracks fit per­fectly in the clas­sic Synth Pop genre that I love so much. Everything is rep­res­en­ted: from the shal­low radio song to the bom­bast­ic dance floor hit to the highly emo­tion­al ballad.

The cream of the crop

I want to start with my favour­ite song on the album. This time it's a bit unusu­al for it is a bal­lad, that I really eno­joyed best: 'A Question Of Love'. The duet between John von Ahlen and Louise Love sounds magic­al. The song's lyr­ics touched me very much – it's about an end­lessly sad break-up. BTW. I wasn't able to decode the hid­den east­er egg in the track. If you have any idea just post it in the comments.

'Electric Nights' is a power­ful and son­ic­ally illus­trat­ive Electro Pop song. This track is sung by Johanna Gervin and lives eas­ily up to an 80's  Kylie Minogue hit in qual­ity and catchi­ness. Very sim­il­ar is the fol­low­ing song 'Key To The Door Of Heaven', where Louise Love takes the singing part. The most strik­ing ele­ment in this song, how­ever, is the typ­ic­al 90´s Eurodance piano.

John him­self intones 'Change Of Heart'. This superb song reminds me strongly, and is best described as well, of the sound­scapes of the cur­rent Marsheaux album 'Ath.Lon'. Nevertheless, the song has the unique Parralox sound.

The song 'Jupiter' starts with echoes of women like out of a 70's sci-fi movie. The song spreads subtly and quietly in the first few seconds in a way that one expects a more ser­i­ous track. Lyrically sad­ness and long­ing drive the song for­ward. And this fits very well into the mood of the pre­vailed song 'A Question Of Love' I´ve already men­tioned before. I really love this song which embod­ies the feel­ing of end­less dark­ness between the stars.

Back in the up-tempo sector

Back onto the sad disco dance floor brings us the track 'Pressure Point'. Again this track is sung in wide parts by Louise Love, and on this point I need to state, I love her heav­enly voice. I'm very happy that she appears in almost 50 per­cent of all songs on 'Subculture'. 'Overdrive' is a bass gui­tar driv­en track, which again provides for a nice vary on the album. BTW: The bass gui­tar is played by Ian Burden (ex The Human League).

'Last Year At Marienbad' is a simple and fantas­ic Synth Pop song. The song struc­ture is a clas­sic man/woman duet. 'Last Man Standing' comes along pretty catchy as well. This track has defin­tely the ear worm factor! The songs 'Voyager II' and 'Rocket Science II' were already released last year on 'Holiday 15'. Here you´ll find remixed ver­sions of these ori­gin­als. In com­par­sion to them the remixes on 'Subculture' are a bit more Pop-like. I love the remix ver­sions just as much as the ori­gin­als. Both are grand Synth Pop songs that I can warmly recom­mend without hes­it­a­tion to every genre fan.

After what felt like a thou­sand EPs, Remix albums, Megamix albums, and oth­er spe­cials, I'm excited to finally hear a breath­tak­ing new Parralox album again. The album 'Subculture' is strong and fresh, with a touch of 80's nos­tal­gia. The album sounds unbe­liev­ably var­ied by the many guest vocal­ists. If John von Ahlen had sung 1 or 2 songs more him­self, I per­son­ally would have been even more euphor­ic. All in all 'Subculture' is a first class Synth / Electropop album that we strongly recom­mend to buy.

Personal note to John (from Trekkie to Trekkie): "I hope your 5‑year mis­sion through unknown sound land­scapes will con­tin­ue for sev­er­al dec­ades. Next stop: "70s Space Age meets 80s Synth Pop" concept album? Until then, live long and prosper. Yours, Tom and Vera." 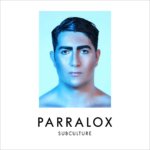 If you love Parralox as we do, don't miss the art­icle 'What is the best Parralox album ever?'.