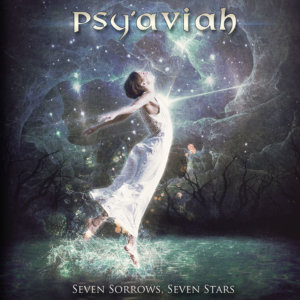 Psy’Aviah presents his new album with a lot of guest vocalists. This gives rise in any case already a lot of variety. And also the musical styles schemes vary considerably. Unlike its predecessor, this album is rather calm.

On this album are a couple of 4 star rated tracks, and I didn’t want to figure out, which are the best songs. They all have their own spirit. I think the concept to have a featured artist on each song, makes this album successful unique.

Acoustically you will not be bored

As I already mentioned, every song on ‘Seven Sorrows, Seven Stars’ is quite unique operated by the vocalist, but there is also a red line through the whole album that sounds like typical ‘Psy’Aviah’.

Also onboard is the song ‘From Another World’ that already appeared on the Electrozombies compilation ‘Undead And Open-Minded: Volume 1‘ in the ‘Cyborgdrive Remix’ version. Overall it’s a well hand crafted Synth Pop album. A funny conclusion fact, the final rating is the half of ‘seven stars’. Pure random? 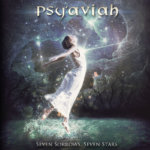