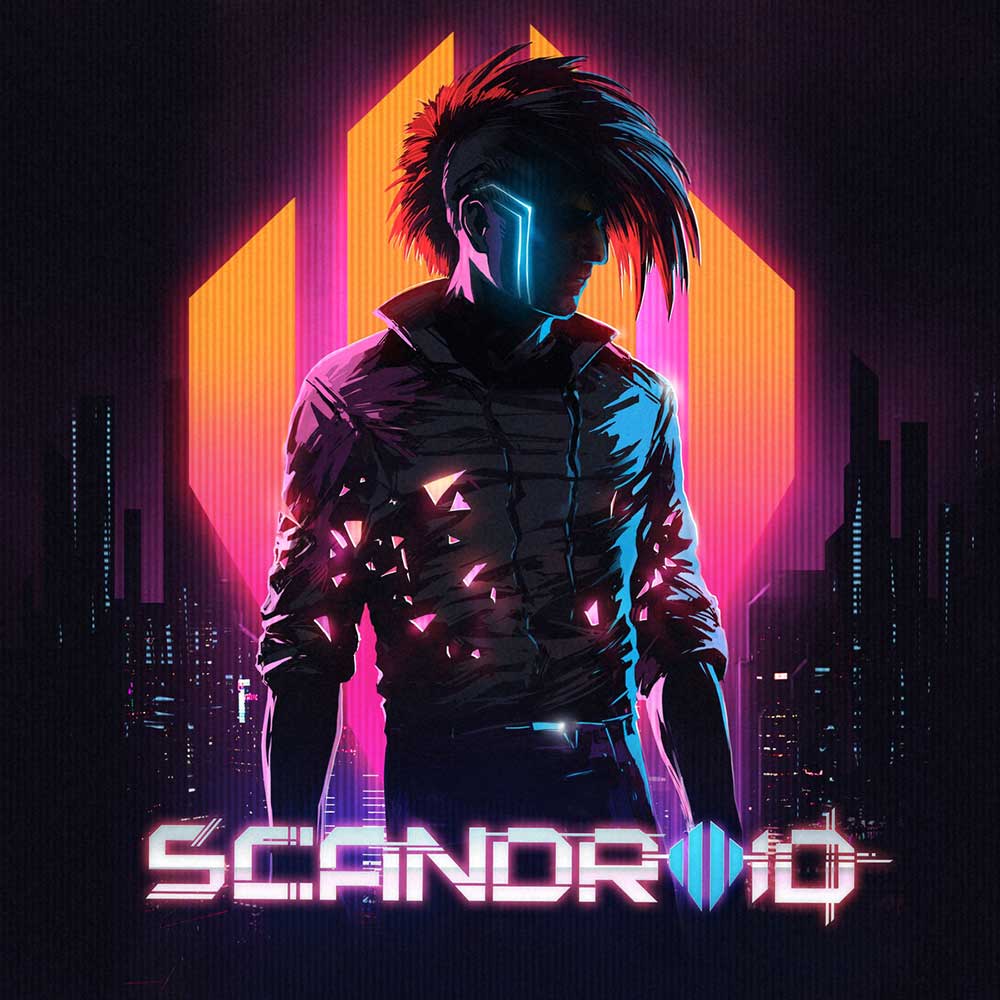 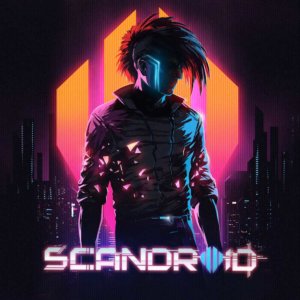 It’s a true fact that I’m not such a big fan of the new Synthwave movement. In general I’m always open-minded and curious especially with new musical movements, but I also have a personal taste. For this reason please don’t judge the following sentences as a kind of bashing.

You may wonder why I’m not a fan of Synthwave? The first thing is that most of the recent Synthwave albums are fully instrumental or contains almost only instrumental songs. Further the cover artworks always look very generic and after I have seeing thousands of Synthwave artworks it’s getting ridiculous after a while like a cliché. And the last reason is that especially young bands and artists try to catch the spirit of the 80s New Wave genre, but they are over-acting the musical elements that already sound super cheesy and cheap in the 80s.

Also with the ‘Scandroid‘ album I was initially very skeptical. However, I was confident with the ‘Tears For Fears‘ cover version ‘Shout‘ as a trailblazer. Furthermore I remember a chat with the main artist and singer Klayton in which he told me that on the album won’t be too much instrumental songs. So I decided to give it a try. The first thing I would like to mention very positively is that ‘Scandroid’ is an excellent exception in the area of Synthwave. He manages to combine classical 80s synth elements with modern Synth Pop without serving a cliche.

The first song that really has thrilled me was ‘Salvation Code’. A fast pulsating beat combined with a playful tune, which inevitably reminds me of the early works of ‘Depeche Mode‘. An absolutely fantastic trip through the early 80s, but with a modern touch. This is followed by the track ‘Aphelion’, which is a mid-tempo song. ‘Aphelion’ has very strong New Wave influences from the 80s, they are especially in the foreground when Klayton’s voice reaches the heights in the chorus. A brilliant song, I love it.

We are soon at the center of the album and it’s wonderful to hear how ‘Scandroid’ links modernity to classical music elements. So also with the song ‘Connection’. I don’t know whether it’s an old, familiar or a new, incredibly catchy song. But I’m loving new tracks that sound familiar to me. The song ‘Datastream’ starts with an epic opening. Particularly striking here are the crisp beats and the clear bass. Here, nothing is concealed with surface sounds. And that’s a good thing!

‘Empty Streets’ reaches deeper into the retro box. But here the song only takes up the vibes of the early 80s Post-Punk era. From instrumentation, we remain here and now. At this point I’m really amazed how many songs I like on this album. Especially when you consider how skeptical I was opposed to the album first. So also with the following song ‘Awakening With You’. It’s basically a classic, simple Synth Pop song, but it’s just really good.

My initial skepticism is completely blown away. By far, I had not expected such a strong album. Even less would I have expected that there might be a song on the album that could be on the same level like the classic ‘Shout’ by ‘Tears For Fears’. But I did not expect the extraordinary talent of Klayton.

The bombastic song ‘Pro-bots & Robophobes (Feat. Circle Of Dust)‘ gets a full 5 star rating. This song stands out through the Industrial influence of ‘Circle Of Dust’. Everything sounds so beautifully metallic and dystopian.

I’m very happy about the fact that ‘Scandroid’ has convinced me positively on the topic of Synthwave. And without the 3 instrumental tracks on the self-titled ‘Scandroid’ album the overall score would be fantastic 3.9 stars.

Don’t let the typical Synthwave cover artwork dazzle you. Here you get a really unique and great album that blurs the boundaries between classic Synthwave and modern Synth Pop. So it’s definitely a strongly recommend album. 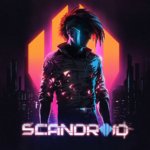