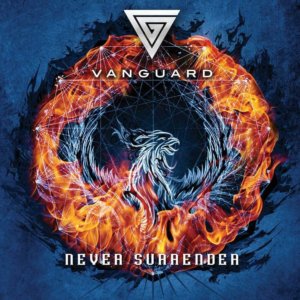 … analogue to this I claim: “Don’t judge a music CD by it’s title”. Because this album is and will be a true surrender! Vanguard‘s latest output is so super catchy that I’m really into it after the first listening. The long-player is a mixture between danceable Futurepop (≈70%), and classic Synth Pop (≈30%).

The album is full packed with easily accessible melodies and a very clear and pleasantly warm voice. In the lyrics, I noticed that very often standard phrases are used, but not what I would generally rate negative.

We judge song by song

The first two tracks sounds varied, danceable, and has an unique style. But the first ear candy I had from the third track ‘Popularity’. This is a really strong track with a dark aura, and some Electrorock elements. I would definitely choose this song as first single.

But the choice of the first output (no official single, but music video) has been made for ‘The Are Watching‘. This one is a dystopian vision about the information society, and comes with a danceable mid-beat tempo.

Further I strongly want to recommend the song ‘Move On’. This has ‘Depeche Mode‘ qualities and not only because a well-known sample is used in the song. The song structure combined with the voice reminds me on ‘Mesh‘. Hey, this is a unique fusion somewhere between ‘Depeche Mode‘ and ‘Mesh‘. The 5-star rating is more than justified.

To be honest, I didn’t expect such a strong album, because I also judge the album by it’s visual exterior. But I was disabused. I am very glad to have listen this album and probably will frequently listen. 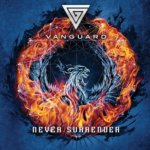