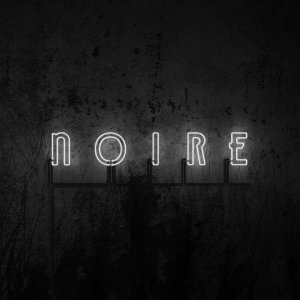 Five years after the release of 'Transnational', VNV Nation are back with their 10th stu­dio album 'Noire'.

Ronan Harris’ mel­an­chol­ic and calm voice leads the listen­er through very dark places, where oppos­ing forces such as light and dark­ness, peace and war, life and death, love and hate are inter­twined in an etern­al con­flict. The reli­gious implic­a­tions in the lyr­ics add to this somber atmo­sphere and make listen­ing to the 13 songs an almost tran­scend­ent­al exper­i­ence.

In church with VNV Nation

The 80’s synth pop melody of 'Armour' feels like a wel­com­ing dis­trac­tion after the dis­turb­ing and viol­ent images of the first song. This song is much more optim­ist­ic and reminds you that there will always be someone or some­thing pro­tect­ing us from the world’s hazards.

The hope­ful­ness evoked in the last song abruptly fades away while listen­ing to the lyr­ics of 'God of All'. The song describes the life-long search of (a) God, who does either not exist or just decides to leave you alone while the world is col­lapsing around you. Just like the first song, 'God of All' seems to tackle the large themes of our times, such as end­less war­mon­ger­ing and the lack of com­pas­sion and love.

And for a moment I thought I heard you whis­per, mis­taken for the wind across the stone
Lyrics from 'God Of All' by VNV Nation

'Lost in space and time'

The 'Nocturne No. 7' indeed comes as a sur­prise, as I would nev­er have expec­ted a clas­sic piano song on a VNV Nation album. The blank, nat­ur­al piano chords without any syn­thes­izer beats stand in con­trast to everything we heard before. They actu­ally force you to hold on for a moment and listen care­fully as they slowly seem to fade away and then come back softly but decisively.

This con­tem­plat­ive ambi­ance is developed fur­ther in 'Collide'. This song actu­ally reminded me of 'Endless Skies' at first. While the first half of the song makes you feel as if you were flow­ing in space, the rhythm in the second half becomes more emphat­ic and insist­ent and leaves you pon­der­ing on the mean­ing of the words.

We are too young, too inno­cent to see, what's right before our eyes
Lyrics from 'Collide' by VNV Nation

With its reg­u­lar synth pop rhythm, 'Wonders' is yet anoth­er typ­ic­al VNV Nation song, but in terms of lyr­ics it has become one of my favor­ites on this album. This song is an ode to memor­ies, be they good or bad. It also reminds us that we can nev­er go back in time and should savor every moment we have because it will nev­er come back.

Echoes of the chances I had to take
I closed the door, I nev­er said goodbye
No regrets, no tears. We can­not turn back time
Lyrics from 'Wonders' by VNV Nation

'Immersed' abruptly takes us back to the themes of the begin­ning of the album and immerses us in the ever-last­ing fight between Good and Bad. This song is def­in­itely one of the songs on the album I would love to dance to. I can already ima­gine people run­ning to the dance floor and get­ting car­ried away by the force­ful beats.

Although 'Lights Go Out' does not take up the same dark beats, its mes­sage is not less grim. Just like the alarms evoked in the lyr­ics, call­ing every­one to seek shel­ter for the night, the song starts off with the exact same sound and intro­duces a mor­bid scenery: While war is raging out­side, people are try­ing to for­get what is hap­pen­ing out­side of the base­ment they are trapped in for the night, laugh­ing and dan­cing, “wait­ing for the all-clear”.

'Guiding', the second instru­ment­al song of the album, sud­denly drags you out of the scenery depic­ted in the last song. Slowly build­ing up ten­sion, this inter­lude announces the break­ing of a new dawn, as if the sun was rising after last night’s hor­rors.

The next song does not only invoke a night’s stroll of a “stranger in a strange land”. 'When Is The Future' also describes our nev­er-end­ing search for answers while time seems to run by too fast. With its reg­u­lar beats and future pop ele­ments, I couldn’t help but ima­gin­ing myself walk­ing to the song’s rhythm through a met­ro­pol­is as a stranger, just like Ronan Harris on his stroll through Tokyo.

'Only Satellites' takes on a faster beat again. Its optim­ist­ic wave and future pop sounds awake you from the last song’s rev­er­ie and I couldn’t help but hum­ming the song’s refrain again and again because it just wouldn’t leave my head. Although this song is not extraordin­ary, I can already ima­gine a con­cert by VNV Nation where the audi­ence will be singing along.

After this cheer­ful flight into the heav­ens, we are, again, bru­tally torn out of the pre­vi­ous song’s mood by the album’s third instru­ment­al song. 'Requiem For Wires' seems to be a memento for everything that has been lost in the past and shall nev­er return. It is yet anoth­er inter­lude which, in this case, pre­pares us for the ending.

'All Our Sins' takes up the same theme from the begin­ning, both in terms of lyr­ics and pace. The lyr­ics invoke dra­mat­ic images of the Last Judgment where all sins are either pun­ished or for­giv­en, announced by fan­fares who seem to rep­res­ent the open­ing of the gates of Heaven or Hell.

'Noire' might not be an out­stand­ing album, but for all those who love the typ­ic­al VNV Nation style, this is a good, sol­id record. Personally, 3 instru­ment­al songs out of 13 are two too much for my taste, I think there might have been more poten­tial for at least one oth­er vocal song. Still, I would recom­mend the album to every­one who loves to dwell on the both cryptic and mean­ing­ful lyr­ics and be enchanted by Ronan Harris’ ever so sad voice. 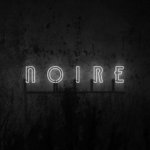