The release of ‘Revelations’ is like a gift to the fans 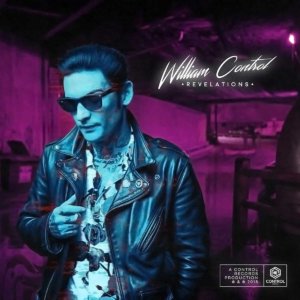 More than just a compilation

Although this album should never be released, however, this happened without much notice on October 12th. We at Electrozombies are very pleased that it nevertheless led to a release. We do not want to interfere in the private affairs of ‘William Control’ or blindly follow the hate community due to some unconfirmed rumours. We are only interested in the music!

As we have already reviewed the first three Revelation EPs ‘The Pale‘, ‘The Black‘ and ‘The Red‘, we will briefly summarize these here. Unfortunately, we have never received the ‘Revelation: The White EP’ as a promo copy, which is also available here. In addition, are two new songs on ‘Revelations’ it to complete the work.

‘The Monster‘ is an uber-hit. It’s a powerful dance track and I would go so far to say it’s almost a club classic. The chorus is super catchy and very dynamical. My of my absolute favourites on this album.

The second song ‘Confess‘ comes in a midtempo speed. It calms you down after the opener and sounds a bit darker. The chorus on this track comes in an 80s Pop style with a dreamy twitching guitar. The voice is very emotional in this song and leaves the remarkable line: “We kill for love”, in my head.

The song ‘Mother Superior‘ comes along more moderated and with a breath of tragedy. It sounds gloomy and very serious. After the third listening, I had a cold shiver running over my back. This song has definitely a thoughtfulness.

The fifth track ‘Analog Flesh In A Digital World‘ is a powerful and strongest song on the album. This song mutates without big detours into a catchy earworm. It has everything a good Synth Pop song needs. The song moves in the good mid-tempo range, is catchy, danceable and intelligently written.

Here is my digital heart, The neuromantic criminal start. I wanted love, not a cynical lie.
Lyrics from ‘Analog Flesh in a Digital World’ by William Control

A much deeper bass line is one of the focus elements in the second track ‘All I Need‘. Here ‘William Control’ provides us with a first-class and radio-fit Synth Pop song.

‘Knife Play‘ almost classic Synth Pop melodies paint this superb song. There are awesome beat bridges to the catchy chorus that amplifying the dark passion of the ‘Knife Play’ lyrics. I really enjoyed this track.

The last song ‘Velvet Rose’ isn’t a bad song at all, but it couldn’t really convince me. It’s the cliché of a song on the end of an album: The typical piano ballad. Indeed the melancholic lyrics impressed me, but there is nothing special that makes this song unique.

The first bass beats of ‘Kiss The Girl’ are damn impressive and conjure up a smile on my face. ‘Kiss The Girl’ is a super catchy, radio-friendly dance grenade. Lyrically it’s about sexual roleplay games, which are of course a big topic in the overall concept ‘William Control’. Nevertheless, the text is on a tastefully high level and doesn’t seem too stereotypical.

The second track ‘Let Her Go‘ is in the same up-tempo range as ‘Kiss The Girl’. Acoustically is the 80s Synth Pop atmosphere, beautifully interpreted in modern times. In the verses, you hear an angelic-sounding ‘Aaahhh’ sample, which seemed very familiar to me. After a few minutes, I had it. It sounds like a sample from Depeche Mode’s ‘Enjoy The Silence’. Consciously or unconsciously it’s used magnificently.

Your tongue is silver and your heart is black.
You’ve got your claws sunk deep in my back.
Lyrics from ‘Scars’ by William Control

The track ‘Submit’ convinces with the tonal dynamics and the red thread that ends here. The role play ‘Master and slave’ is the focus here. With an excellent and solid sense of style, ‘Submit’ has no significant flaws and fits perfectly into the spectrum of sexual pleasure.

With a trot beat similar to the classic ‘Personal Jesus’ by ‘Depeche Mode’, the song ‘Bad Religion’ has already gained some ground. In a leisurely mid-tempo trot beat, the thing still rocks the shack. Super catchy and beautifully well-defined harmonies and melodies flatter the ears.

Nostalgic Synthwave atmospheres exude the first notes of the track ‘Ghost’. In a super cool and casual beat, you resonate with the song. Great use is the typical 80s drum staircase, between the first verse and chorus. Despite the many lyric phrases, ‘Ghost’ is a smashing song overall.

In my opinion, ‘The Sinner’ has a slightly Asian touch in terms of sound. But there is a first-class Synthie Pop song. For a change, William Control leaves the microphone in the middle of the song to a female vocal partner. That raises the track a lot. Unfortunately, despite my research, I could not figure out who it is. If you should know, please drop us a line below in the comments.

‘Love Is Cruelty’ is a party tune. It impresses with its sonic dynamics with the use of different speeds and instrumentation. I love this track and for me, it’s one of the best on this album.

The revelation is completed

The song ‘All The Love‘ is icy cold and sounds menacing in the verses. An acoustic hope unfolds in the pre-chorus and radiates in salvation in the highly emotionally charged chorus. Wow, what a hell of a song. The used sounds and lyrics address feelings on many different levels and that is rarely bare to find in songs.

In a light, pop-like song, William Control blasts out brutal lyrics of contempt. Very provocative, but lyrically the further thought version of Depeche Mode’s ‘It’s No Good’ or ‘Dream On’. Only less subtle. The song is super harmonious and radiates a certain naïve aura.

I still have hope that the career of ‘William Control’ isn’t over yet. This is one of the best albums in 2018 and it would be more than a pity if such a talent would mute forever.

I would like to emphasize once again that we are not influenced by any rumours spread on the Internet. We remain a neutral and above all hate-free Webzine that is only interested in music. We will not participate in any witch hunt and will not publish inappropriate comments. For everyone else: Buy this awesome record now! 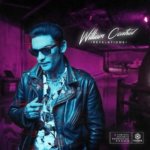