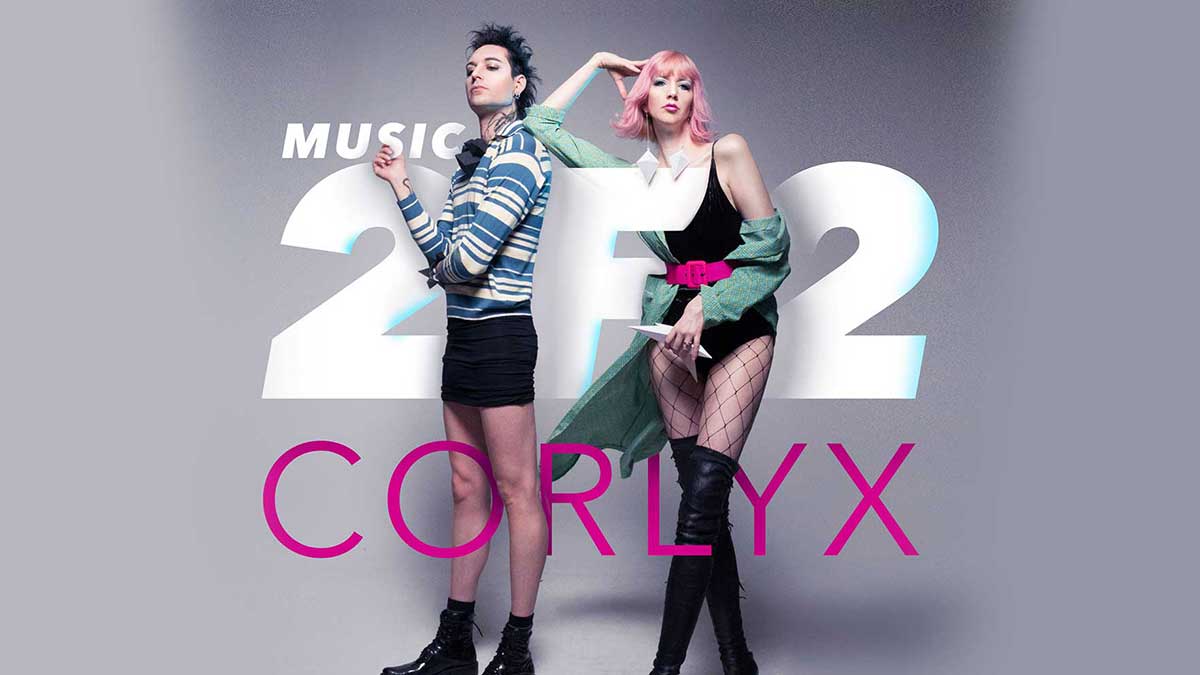 Dark Pop from an Italian band located in Berlin

With the success of their first EP “One Of Us” debuting on BBC Radio the pair have pulled from their love of 90’s Rock and Dark Electronica with “Music 2F2” creating a sound they like to call Dark Pop.

“Genre’s are difficult when you have rock arrangements, distorted guitars, hip hop beats and wobbling synths all topped off with melodic female vocals, how do you categorize this? I am almost at the point of demanding a Genre Fluid movement inspired by our efforts at putting this eclectic music in a box” – says singer/producer Caitlin Stokes

“I have these highly fuzzed out guitar riffs I am trying to blend with these bright soft vocals, it was my biggest challenge to mix these elements, I really had no reference to pull from, we had to just keep going back and fourth treating each track completely unique to itself. I think in the end there is something for everyone on this album and it definitely showcases the feminine side of myself I have always wanted to express”

Aside from blending different genres the album concept is an expression of singer songwriter Caitlin Stokes struggles through life and love, and societal issues. The album track Pretty addresses current beauty standards and the pressure women face to achieve this, while album track Mountain City is about the destruction of land and life suffered by indigenous people of the world. Changing the vibe of the album track by track the song Sensual Violence punches in with a twist on female power and sensuality, how it can warp the psyche of her lovers into an agonizingly beautiful downward spiral of obsession.

Corlyx wants their current fans and future fans to keep an open mind when it comes to styles of music promising “Music 2F2” has brought back the spirit of the 90’s, pulling from their biggest influences; Nine Inch Nails, Portishead, Garbage, Depeche Mode blending them with their current inspirations; TheXX, IAMX, Big Black Delta, and Alice Glass.

The duo has many surprises lined up for the next coming months, surprise covers, collaborations, music videos along with a European summer support tour for “Music 2F2”. Be sure to check out their website and socials for more info and stay tuned.