Melt Motif – Everything Will Disappear 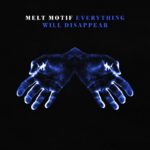 The song ‘Everything Will Disappear’ by the Norwegian band ‘Melt Motif’ starts completely disturbing with a soundscape like in a horror movie. The distorted voices reminded me directly of the film ‘Poltergeist‘ by Steven Spielberg from the 80s. I had nightmares about this film as a child!

The sound of the song is exciting. Here we move somewhere between industrial and rather dark electro, wrapped in an even darker gothic attitude. Slow and almost eerie, the lyrics are delivered with soft, ghost-like vocals. Even though I would only give the song 3.5 out of 5 stars in a rating (which is above average), I haven’t heard a song with so much dense atmosphere and goosebump feeling in a long time. Respect!

Listen to ‘Melt Motif – Everything Will Disappear’ on Spotify