The 4th album 'Pseudopop' has reached a new level 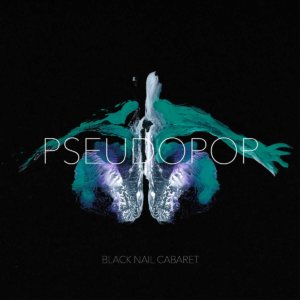 With their fourth album 'Pseudopop' 'Black Nail Cabaret' show their skills com­pletely. Not only music­ally we are mov­ing on an extremely high level here, also visu­ally the band has developed a lot. I would like to men­tion the album art­work, as well as the pre­vi­ously released music videos in praise. Good job!

Black Nail Cabaret explains: "Pseudopop is a sum­mary of all the music that had a huge impact on our lives. We couldn’t exactly tell which melody or sound comes from which influ­ence. We just emp­tied our brains, dropped the genres and let it loose. It is a nice hybrid of the chaos inside both of us and we like to think that it’s avant-garde con­tem­por­ary pop with dark altern­at­ive roots.".

Not pseudo at all

The first song 'Icarus' reminds a lot of the early works of 'Björk'. But more mod­ern and above all much dark­er. The sud­den glitch sounds make the track par­tic­u­larly excit­ing. These glitch effects come into their own in the last third and have 'Depeche Mode' quality.

'Rhythm X' is the second single and also one of the strongest tracks on the album. The part with the chant will def­in­itely please all fans of 'Junksista'. I think the col­lab­or­a­tion in the past has left its mark. The song is full of elec­tron­ic sounds, samples and effects, and still sounds very organ­ic and warm. A really great song.

Next, we are sur­prised by the track 'La Petite Mort' which means 'The little death' and is an expres­sion for the orgasm. With a steady beat for­ward, super­im­posed by soft sur­face sounds that flat­ter the ear canal like vel­vet. Despite the title and its mean­ing, the lyr­ics are very subtle, leav­ing enough play in the interpretation.

You are beau­ti­ful in the morn­ing, Half naked and barely shaved
Lyrics from 'La Petite Mort' by Black Nail Cabaret

An album full of surprises

'Bête Noire' was the first sign of life for the upcom­ing new album. Here was already to guess what a strong album we have to expect. The chor­us is very catchy and invites you to sing along after a few repe­ti­tions. In my opin­ion, 'Black Nail Cabaret' have raised their own bar by two levels with this song.

I think I wanna kill you, but I believe in peace bitch
Lyrics from 'Bête Noire' by Black Nail Cabaret

I do not really want to write much about the song '90s'. Somehow the song sounds to me with the Caribbean-inspired gui­tar and vibe after a bad com­mer­cial for a shower gel or a cheap rum. The song is not bad, but not really mine either.

The instru­ments of 'Verge On The Creepy' sound almost tra­gic. Slowly and mel­an­choly, the song spreads a dark aura that I can hardly escape. Great, right? It proves once again that the sad­ness writes the best songs.

The first few seconds of 'Technicolor' sound like a bleak 80s Synthwave open­er for a post-apo­ca­lyptic movie. The first beat and the vocals give a dif­fer­ent pic­ture in the mind. Namely the one in a smoky club in front of a heavy red vel­vet cur­tain. Complex and pro­found is the poetry in this won­der­ful duet.

'Unrequited Love' crawls like an ice-cold wind, unpleas­antly under the skin. Then that beep from the life-sus­tain­ing machine, with the voice of Emese invad­ing the soul, makes me shiver. The track is simply goose­bumps and will not leave any­one cold. Definitively a high­light on the album 'Pseudopop'.

Shame on you, Shame on me, Shame on all of us
Lyrics from 'Unrequited Love' by Black Nail Cabaret

The last song 'Resonance' pulls us out of this deep hole again and raises the mood as well as the album equally. Even though the song is in the mid-tempo range and it cer­tainly is not a light fare, it is a son­ic­ally glid­ing over blue lakes and green fields in the sun­shine com­pared to the rest of the album. The per­fect song to fin­ish this gor­geous album.

We reciprocate the love

The new album sounds in fact quite dif­fer­ent than its pre­de­cessor 'Dichromat'. In terms of qual­ity and ori­gin­al­ity, the album 'Pseudopop' is in no way inferi­or. If you are into slow to mid-tempo music, full of mel­an­choly and elec­tron­ics, you are well advised with this album.

We highly recom­mend this album. Buy the physical/digital album on their Bandcamp page and sup­port this fant­ast­ic band. l love you guys.

By the way, this album also made it into our art­icle ‘The best Synth Pop and genre-related albums 2018‘. Read now. 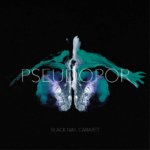