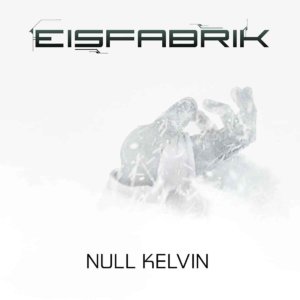 Far away from Null Kelvin

‘Null Kelvin’ (Zero Kelvin) denotes the absolute zero point at -273.15 °C and means physical stasis. Musically ‘Eisfabrik’ are far from that, because the new album is a really hot album! Full of energy, ‘Eisfabrik‘ seems to be turning into a hit factory, the number of impacts of their releases is damn high. Because even the fourth album appears almost in the annual rhythm.

The last album ‘Achtzehnhundertunderfroren‘ appeared on the day just like ‘Null Kelvin’ a year earlier. Musically and conceptually, Eisfabrik remained true to itself. But what about the quality of the songs? We have listen to the album for you.

After a rather mediocre start, the track ‘Shadows’ beats you with full force. The basic beat is bleak and threatening, but the ease of a typical ‘Eisfabrik’ song, especially in chorus, can be heard. Here, the band relies on old recipes, but that does not necessarily mean something bad. You get what an ‘Eisfabrik’ fan wants to hear.

‘Soon Enough’ is a kind of Wild-West-Electro song. The song has slight parallels to Depeche Mode‘s classic ‘Personal Jesus’. It has that typical trampling beat and the vocals also have a certain blues attitude here. I find a very successful mixture.

Really electronically, so as robotic electronic, it is the fourth song ‘The Choice’. The higher tempo invites you to dance and the epic-sounding chorus fits in perfectly. Motivating and constructive, the basic mood of the sound can be described.

The single ‘Schneemann‘ is a first-class club hit like ‘Hell Is Made Of Ice‘ or ‘Maschinen‘. The driving beat is great and energetic. Here, the hit component is not reinvented, but so freshly prepared that it hits you like a blizzard. And if the head nods, the muscles twitch and the feet tingle, then ‘Eisfabrik’ have done everything right.

Already in the first few seconds ‘White Out’ enchants you with a melancholy melody. In the leisurely mid-tempo, sadness is spreading. Also the topic of melancholy dominate ‘Eisfabrik‘ with ice-cold precision.

With a similar frosty mood, but blistering hot beats, it continues with ‘Brother’. The track is pretty straight forward and could use a bit more dynamics. Apart from that, the song has hardly any weaknesses and can keep the high quality on the album.

The spectrum of cold

A pleasing change brings the gloomy number ‘Follow The Light’. Here ‘Eisfabrik’ does not use the dusty samples and proven patterns and that should be rewarded. The song is a beautiful dark ballad with a lot of depth. Outstanding in terms of sound on the album and the band shows that their spectrum is wider than just clubbing.

With the song ‘Payback’ we have returned to learned beats and samples. The track is technically flawless, but no longer unfolds the pressure of the previous tracks.

By contrast, ‘Still Alive’ sounds a bit fresher and more powerful again. With a clear structure and a catchy chorus, the song can score. In addition, I personally like this ‘BOING’ beat very much during the verses.

At ‘No Time For Regret’, the guys turn up the synthesizers and amplifiers again. Here, once again with industrial cold and a crisp beat the dance floor is swinging. The sound also breaks out of the usual sound construct a bit. A variable that does the album very well.

A volcano in the ice age?

A little more dynamism and versatility and would have been desirable. The album scores a little lower than its predecessor, yet with a respectable overall rating. ‘Null Kelvin’ is an above-average overall work and in view of the short production time, the performance is absolutely commendable.

Creating an own style like ‘Eisfabrik‘ did is worth gold. However, I hope that it does not lead to a musical ice age for them. My appeal to the band: “Nothing is worse than a standstill even it sounds awesome.”. The options are: “Take the money and run as long as you can!” or “You find a way to a new, more variant-rich level without changing the concept.”.

Anyway, we can highly recommend the album ‘Null Kelvin’ yet. For die-hard fans this is a must-have in any case. 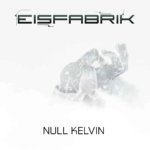