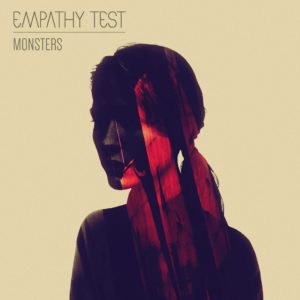 Finally, it’s here! Long awaited by many people, the new album ‘Monsters’ by ‘Empathy Test’. The fact that the two founding members Isaac Howlett and Adam Relf come from my favourite city London deserves an extra point of sympathy. However, this will not affect the final result of this review.

If you take a closer look, the album ‘Monsters’ is the first real debut album of the band. The 2017 albums ‘Losing Touch’ and ‘Safe From Harm’ were basically just a collection of older EPs and single releases. That’s why I’m especially curious how varied the new album can be that is full of new tracks.

An album with initial difficulties

The opener ‘Monsters‘ starts with deep drums that sound a bit uninspired and dark strings that create a melancholic atmosphere. It might be a bit impolite to criticize right at the beginning, but I stumble upon the drums during this review a few times. I make it short and sweet with this track. Monsters’ is for me one of the weakest tracks on the album. Lyrically and vocally, I think the song is fantastic, but the drums seem like a foreign element in this otherwise clean, electronic tune.

I like ‘Empty Handed’ much better in terms of sound. The overall sound is warm and tonally better tuned. The fans will certainly be happy to hear that I was reminded of ‘Losing Touch’ during the chorus in the song. Qualitatively the song is close to this timeless evergreen of the band.

The song ‘Doubts’ opens like an 80s science fiction soundtrack. Classical electronic, doomsday mood and cyborgs are the associations that come to my mind spontaneously with this particular synth. The song has a relatively long intro with a humming beat and lyrics that are performed like an epic prologue. From 1:10 minute the musical journey picks up speed for a short time before it is slowed down again after about 30 seconds. The composition plays excitingly with different tempo, which is perfectly adapted by the beautiful vocals. Definitely my first highlight on the album ‘Monsters’.

Unagitated, but not powerless

With a similar Synthwave feeling it continues with ‘Making Worlds’. The song lives mainly through the very emotional vocals and the profundity in the lyrics. Basically this song is less dynamic, but therefore everything fits together perfectly. I can well imagine that you can quickly lose yourself in thought during this song and for a moment release your mind from your physical body.

What darkened pathway brought us here?
Our primal instincts drove our fear.
Lyrics from ‘Making Worlds’ by Empathy Test

With ‘Stop’ you hear the first sonic break in the album. But this is not to be noted negatively. Finally more variation comes into the album. This song would be atmospherically a marvellous song for the next season of ‘Stranger Things’, but unfortunately it’s not an 80’s song and therefore out of competition. But tonally it would fit great. It sounds super modern, but subtly in the background there’ this typical 80s Synthwave vibe floating along.

With ‘Holy Rivers’ an old friend comes on the album. The song was already released as a Single on October 31st, 2018. In itself the song is generally pretty good. But I miss the bite and the dynamic. The song splashes along like a quiet brook over which you can step over. The carpet-like hi-hats of the drumset sound dull and weary. Too sad, there is a lot of wasted potential in this song.

We run like tears through the flood of holy rivers.
Lyrics from ‘Holy Rivers’ by Empathy Test

The vocals is their biggest strengh and unique identifier

The song ‘Fear Of Disappearing’ does not lack bite and dynamics. The first bassline already builds up a lot of pressure. With the beginning of the melody, ‘Empathy Test’ adds a superb tonal contrast by using synths in a much higher frequency. Unfortunately I have to criticize the drums again, they just don’t fit into this very Synthwave driven sound. Here I would have wished for a crisp drum sound that kicks.

‘Incubation Song’ is kinda the “b-side” of ‘Holy Rivers’. Sonically the songs are very similar and share the same weaknesses. I think that the chorus sounds a bit more exciting and enhances the very flat sound carpet remarkably.

With the great song ‘Love Moves’ the album ‘Monsters’ ends. Emotionally touching and on another level dreamily happy and melancholic at the same time. A very bizarre mixture and while you’re reading this review, you will be more confused than enlightened. But that’s exactly the way it is with this song. It is emotionally very complex, but in any case very beautiful. The only flaw: The sound of the drums again!

Is this a monster album?

As a complete work, ‘Monsters’ comes close to the pathos of Erasure’s ‘World Be Gone‘. The same depressing mood slowly lays over your soul like a heavy blanket. The themed world of the lyrics may be a different one, but perhaps that’s because of the age difference.

‘Monsters’ is a brilliant album that could have easily broken the 4-star barrier. In the way, however, are the already in the review mentioned titles with a drum kit that sounds as if it was a demo recording in the garage of a school band. Important to note: This is not a criticism of Christina Lopez’s playing ability, this is really only about the way it sounds. Apart from this one criticism, I strongly recommend listening to the album. 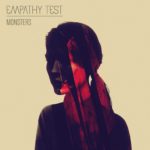