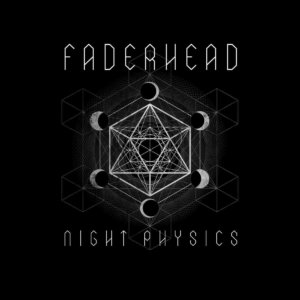 On the already 9th studio album ‘Faderhead’ set the benchmark a bit higher. Threatening, dark and extremely thoughtful I would describe the first impression. On the longplayer ‘Night Physics’, ‘Faderhead’ has reached a new level of evolution.

Already on the predecessor ‘FH-X’ have appeared much darker tracks, such as ‘The Silence Around Me’ or ‘Escape Gravity’, which were celebrated by the fans. On this album, this development has been driven and the fans can look forward to the darkest ‘Faderhead’ album of his career.

The title track shows where the journey is going on ‘Night Physics’. Melancholic lyrics meet powerful beats and dark melodies combine with dancable rhythms. ‘Know Your Darkness’ is the most powerful tune on the new album and has therefore the pole position earned. A perfect fusion of a typical Faderhead club classic paired with the new dark aura.

Never burn down your bridges

If you are used to a bit more oomph on your ears, then you should definitely listen to the track ‘This Is Your World’. This track is the best proof that it is not a good idea to tear down the bridges you’ve passed. Otherwise, a great club track like ‘This Is Your World’ would not be on the new album. Thanks Sami.

Unusually, ‘All The Devils’ begins with the sounds of an acoustic guitar. However, this weaves itself very smoothly into the electronic construct. Very profound and almost heartbreaking is the song text about that what happens afterwards. What do I leave? Am I where I wanted to go? Thoughts that everyone can understand well.

Dance through the night

The title track ‘Night Physics’ is like hugging an old friend. The track plays in the upper midtempo range and sounds like a typical ‘Faderhead’ firecracker again.

‘Night Away’ is not only close to the name of the previous track. Also sound-technically, the song is in almost the same tempo range and offers mainly the old ‘Faderhead’ fanbase more familiar sounds.

Very clearly you hear the style change in the very hot and varied track ‘We’ll Be Far’. Yes, there are typical ‘Faderhead’ sounds in the instrumentalization, but the whole construct sounds totally new and fresh. Maybe I’m wrong, but I think the song is much more layered than the usual FH tracks. For me that means, both thumbs up!

You can relax on the album ‘Night Physics’ at the ballad ‘LH 006’. The song took me on the flight to the melancholy unknown. Into the unknown because I have considered all the time about whether Sami Yahya sings of the longing of a person or his hometown. At least the song has a lot of room for interpretation. What’s your though? Please write in the comments below.

Once again, ‘Demons Go’ proves that ‘Faderhead’ is more complex than its critics claim. For me personally one of the highlights on the album. The track is very dynamic and when the melody starts in the chorus I am reminded of the gloomy EBM / Synthpop nightclub I usually visited in the 90s. Almost a new edition of a nostalgic feeling.

The number ‘Late’ is the most classical piece from the Synth Pop genre on the album, even though it is, let’s say, very modernly interpreted. It is very catchy and 100% radio-friendly, without derogatory meaning.

‘Nothing Changes’ is a sonic grenade on the album. It has the lightness of a 90s mainstream Techno / Ambient / Eurobeat song in a fun way. But there are still enough DNA traces of ‘Faderhead’ to find. An incredibly great and special song.

The best Faderhead so far

Despite the remarkable musical evolution of this album, old ‘Faderhead’ fans do not have to be scared. The mixture is perfectly balanced on the album ‘Night Physics’, sounds extremely varied and fresh.

I admit it, I’m in love with the ‘Night Physics’. It’s the best ‘Faderhead’ album so far for me. I especially recommend the album to anyone who may not have been able to get warm with ‘Faderhead’. Here it is worth to listen again and to think over the opinion. For everyone else who likes ‘Faderhead’ this is a must-have anyway. 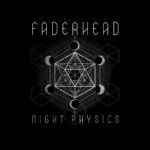