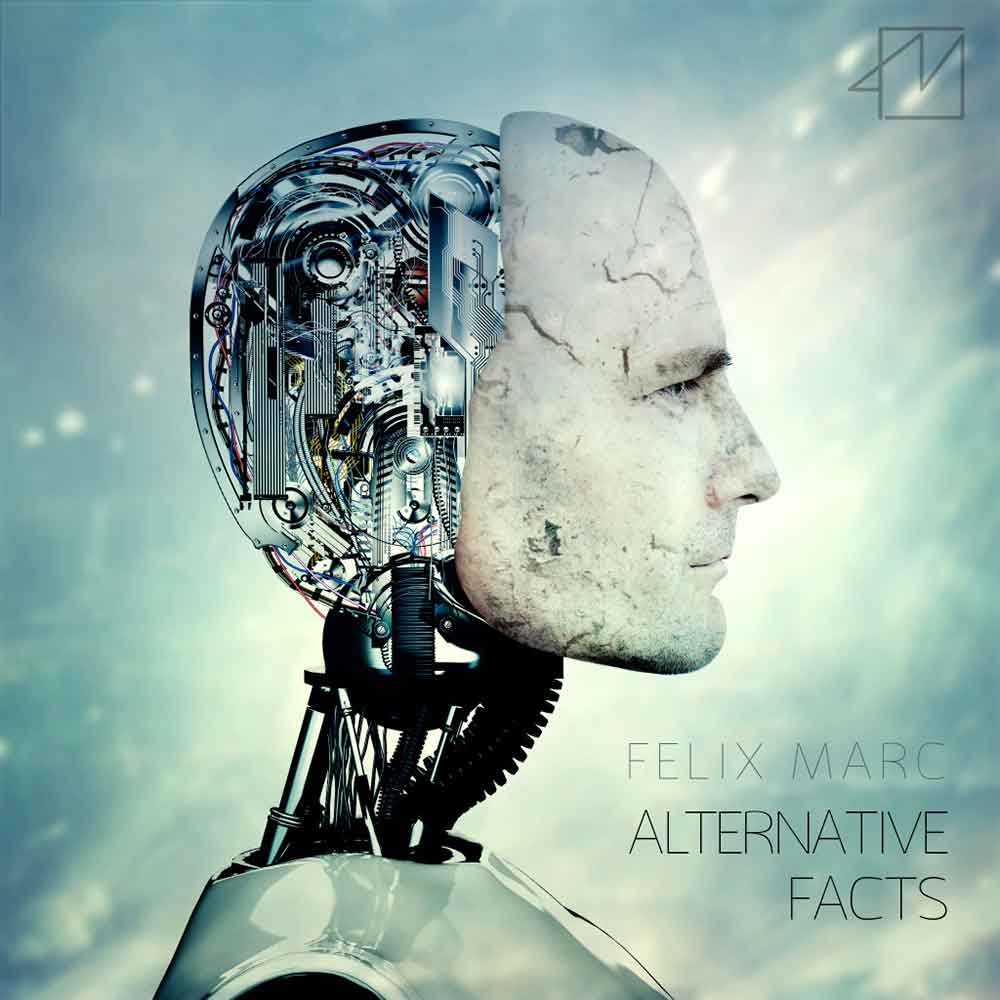 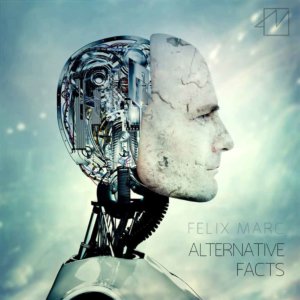 ‘Alternative Facts’ is the 3rd solo studio album by Felix Marc, which is mainly known for the bands ‘Frozen Plasma‘ and ‘Diorama‘. Here, however, Felix can follow his very own kind of music without the compromises of a band.

The fact we can listen to the album ‘Alternative Facts’, we have to thank especially the last ‘Diorama’ album ‘Zero Soldier Army‘ in collaboration with Torben Wendt. Here Felix was able to recharge energy and inspiration to continue with his own solo project.

Mechanical, but with a lot of soul

The first song on ‘Alternative Facts’ is a great opener. ‘A New Life’ begins with soulful piano and celestial strings, before it changes to a classic Synthpop mid-tempo. The song has a clear melancholic vein, but it also contains a lot of hope.

‘Hysteria’ is one thing in the first few seconds – Electrifying! With the second track Felix Marc offers us something for the dance floor. The pumping beat is driven by an angelic energy that gives you an incredible feeling of excitement. Here is definitely a clubhit potential behind.

The beginning of ‘Iceland’ reminds me of an early song of ‘And One‘, which I find however also very sympathetic. With the first insertion of the beats the association is already gone. We are expecting a gorgeous track with a crisp bass that almost has the attitude of a Futurepop song.

The fourth song ‘Still Turn Me On’ is accompanied by an all-distorting melancholy. A lot of emotional warmth is played by the acoustic drums. Furthermore the track offers a wonderful sound change after the first three songs.

‘Fine Line’, which was developed in cooperation with Boris May (‘Klangstabil‘), presents itself with a real aggressive sound. The resulting dynamic from the shouting rap parts and the harmonically sounding chorus makes the track particularly unique and interesting. Sound technically it’s very close to the concept of the last ‘Diorama’ album.

‘Miracles’ is a lyrically motivating song full of positive energy. A highly modern Synthpop anthem that invites you to dance. An outstanding song that proves that the Synthpop can also give joy and courage to life.

Welcome to the future

With an almost epic intro the track ‘Misery’ presents itself. This comes quite close to the legendary epic ‘Apollo (Live On Your TV)’ from ‘Apoptygma Berzerk‘. Electronically and full of sci-fi effects, the song builds slowly, but unstoppably, in the direction of infinity.

Other weird and strange sounding tones await us in the following song ‘Liar’. However, this track is again much catchier while fabulously varied. The chorus sounds like a familiar melody from the 80s.

Felix Marc is far ahead of his time in sound engineering. It’s this special mixture of accustomed, catchy design and tonal, future-oriented sounds that highlight the song.

The song ‘Vain’ also sounds as if it were taken from a dystopian science fiction soundtrack. Responsible for this are the inserted speech sequences from the film ‘I, Robot‘. The whole thing is underlined with a powerful, danceable bass beat. Definitely the track is a candidate for the hot rotation in the gloomy clubs.

Completing follows ‘The Final Cut’ includes lyrically much human warmth, nostalgic feelings and melancholy. Altogether therefore a very emotional number, which is a little reduced in sound. Above all, the acoustic ending with guitar and piano goes deep into the heart. A wonderful song.

In the album title ‘Alternative Facts’ I first thought of a more politically motivated album and the artwork on a dystopian future. However, I deceived myself. Despite the large number of cold electronic sounds, the album sounds very emotional and full of passion.

It’s really hard for me to recommend individual tracks to listen to. The whole album is incredibly strong and has no flaws or unnecessary gap fillers. That’s why there are smooth 4 stars for every track.

It’s a bit pity that this stunning album does not appear as a physical release. However, we recommend you strongly a listen here and buy the album. On the ‘Felix Marc’ Bandcamp page, you will also get the album in an ‘Extended Version‘ with 4 bonus tracks plus the regular album again as an instrumental version. 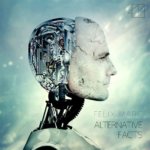 Watch and listen to the official album teaser