A pitch black point of view 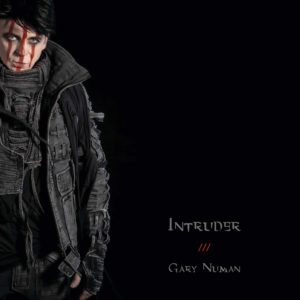 "Intruder" is Numan's 18th solo album and the fol­low-up to 2017's "Savage: Songs From A Broken World". It reached #2 on the UK album charts and became his biggest com­mer­cial suc­cess in 40 years. While "Savage" por­trays the Earth as a bleak waste­land where human­ity and cul­ture have been mostly anni­hil­ated by the effects of glob­al warm­ing, "Intruder" tells an altern­at­ive story. It is a philo­soph­ic­al explor­a­tion of a pos­sible future apo­ca­lypse: the plan­et can only sur­vive by wip­ing out its residents.

Welcome to the wasteland

The intro is like some­thing out of an 80s sci-fi movie with cyborgs and waste­land scenery. Lyrically, you should feel affected right away, because a bit­ter­sweet accus­a­tion is blown in your face. The open­er 'Betrayed' is very calm and without acous­tic pres­sure, but the words hit you like a knife.

'The Gift' searches for the right fre­quency in the intro! Followed by wob­bling synths and an ori­ent­al sound, the song slowly builds up with what feels like a thou­sand dif­fer­ent sounds. With the onset of the chor­us, I feel the con­nec­tion to the pre­de­cessor 'Savage (Songs From A Broken World)' for the first time. In oth­er words, 'Gary Numan' has not rein­ven­ted the wheel with the album 'Intruder', which is a good thing. There is enough new devel­op­ment in the album, but we remain at home in learned and suc­cess­ful song struc­tures and soundscapes.

The lyr­ic­al inter­rog­a­tion in the track 'I Am Screaming' begins with a car­ried, mel­an­chol­ic melody. A fant­ast­ic song that sounds clear­er and there­fore more access­ible than most of the songs on the album 'Intruder'. Maybe a recom­mend­a­tion if you are look­ing for an "easy entry".

Do you regret the words you nev­er said?
Do you feel lost like I do?
Lyrics from 'I Am Screaming' by 'Gary Numan'

Very subtly, in the first 5 seconds, the song title 'Intruder' hums out of the speak­ers with a dis­tor­ted machine voice. Just super cool integ­ra­tion and only aud­ible if you listen intently. The struc­ture of the intro is like a threat­en­ing scene in a sci-fi film. The concept of the album is the earth's view of man­kind and the title track makes it clear to the listen­er lyr­ic­ally that we are the intruders and the earth does not need us to live. And even pray­ers will not save us.

I could listen to you scream
Pretty music to my ears […]
You can whis­per your Lord’s Prayer
And pre­tend that it matters
But don’t you wish you’d just listened more?
Lyrics from 'Intruder' by 'Gary Numan'

The track 'The Chosen' bangs out of the speak­ers with a nice, filthy Industrial touch. With a lot of dynam­ics and tempo changes, the song scores in terms of vari­ety. The bridge is an ener­get­ic and rather stress­ful part after the rather quiet songs so far, but "No pain, no gain" I would say here. The song climbs slowly to the chor­us, full of pres­sure. I would clas­si­fy the chor­us some­where between extremely impress­ive and intense.

The track 'It Breaks Me Again' is for me one of the weak­est tracks on the album 'Intruder'. Means: The song is gen­er­ally not bad, but it doesn't elec­tri­fy me either.

In terms of ton­al­ity and struc­ture, the song 'Saints And Liars' is abso­lutely remin­is­cent of the great hit 'My Name Is Ruin' taken from the pre­de­cessor 'Savage (Songs From A Broken World)'. Recycling a good song or sounds is com­pletely legit­im­ate and in this case fant­ast­ic­ally and uniquely real­ised. I love the syn­thes­izer sounds and the crisp drums. The track is also pleas­antly com­pressed to just 4 minutes and there are no unne­ces­sary lengths. 'Gary Numan' gets to the point here with a simple and catchy melody and chor­us. Releasing this song as a pre-release Single was an excel­lent choice.

Can you feel your right­eous anger?
It’s like a pois­on that feeds the soul
Lyrics from 'Saints And Liars' by 'Gary Numan'

The track 'Now And Forever' begins cold, metal­lic and threat­en­ing, like straight out of a Terminator movie. This is the last ele­ment of the puzzle for a dysto­pi­an soundtrack on the album. As bru­tal and raw as the verse parts may sound, the chor­us comes close to redemp­tion. The line: "I'll be in your heart forever", in the chor­us sends shivers down my spine. The song moves in the low-tempo range, but is in itself well tidy, clean and varied.

The last track on the reg­u­lar ver­sion of the album 'Intruder' just barely slips past the cliché of the last piano bal­lad. The afore­men­tioned piano pas­sage already occurs for a good length in 'The End Of Dragons', but is then sup­por­ted by vari­ous synth sounds in quite a var­ied way. Until the end, 'Gary Numan' has a fant­ast­ic selec­tion of var­ied songs ready, and in a remark­able quality.

A gloomy and sinister concept for the discerning listener

I can rather describe what the album 'Intruder' is def­in­itely not. It is not an album to dance to and cer­tainly not to be happy and cheer­ful to. Moreover, it is not an "I'll have a quick listen" album, it demands so much more from the listen­er. Listening to it at work or in the car doesn't work either. 'Intruder' requires the listen­er to occupy him­self con­sciously and exclus­ively with the con­tent and the soundscapes.

If you are will­ing to con­cen­trate only on well pro­duced bleak, elec­tron­ic music and love deep lyr­ics, then I can only recom­mend 'Intruder' by 'Gary Numan' to you. Then it is a beau­ti­ful and pitch black album that takes you into a par­al­lel world and lets you see dif­fer­ent perspectives. 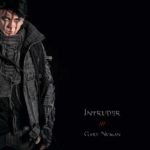 Gary Numan – Intruder
Betrayed
The Gift
I Am Screaming
Intruder
Is This World Not Enough
A Black Sun
The Chosen
And It Breaks Me Again
Saints and Liars
Now and Forever
The End of Dragons
Recommend
Intruder
Saints and Liars
Weak
(Nothing to report here)
4.1