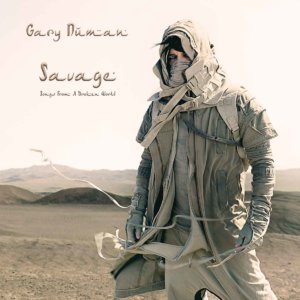 The godfather of melancholia

It’s indeed applaudable and formidable as well that ‘Gary Numan’ now presents his 17th Studio album in his 40 years counting carreer. To this I salute before I even say a thing about this new opus. Even more striking is the fact, that he sticks to his roots without repeating himself like so many others do.

Over the years Gary Numan’s albums got darker and more menacing: After a very personal ‘Splinter (Songs Of A Broken Mind)’ in which he worked out his strong depression follows now ‘Savage (Songs From A Broken World)’. The record mirrors our world’s situation pretty authentically which is in fact not to be described as too positive. Based on this theme, it is practically a concept album.

Grief for the advanced

Very lugubriously opens the piece ‘Ghost Nation’. Carried along in a low pace it consists of Synth Pop elements and Industrial influences. Writing a chorus where a sudden shudder shivers down your spine is comparabel to writing a lyrical masterpiece of the quality of a Poe.

The second track reminds me – especially in the beginning – of a ballad-like version of Ofrah Haza’s ‘Im Nin’Alu’. Oriental inspired strings and trumpets linked with Gary Numan’s gloomy voice stress this song’s dystopian atmosphere. The epic chorus hovers over this emotional setting and brings the whole construct to life.

The sound of a Gary Numan Hit

The first single ‘My Name Is Ruin‘ is simply genius and deservedly the album’s figurehead. Is it radio-compatible? Hard to say, but who cares about it anyways? None of the prior albums, including ‘Savage’ was made for pop radio stations; although ‘My Name Is Ruin’ is most definitely the catchiest song here.

More serious than ever

‘The End Of Things’ is a ballad out of a picture book. Strings, heavenly angels’ choirs and tragic vocals let you float and drift into your own state of mind. But before you completly drift away, the chorus comes to net you in again – a very sinewy and dynamic piece of work.

The following track ‘And It All Began With You’ is not the dancefloor kind of song. Instead the song comes up with deeply emotional lyrics that won’t leave your eyes dry. It’s not that it’s especially sad but to me it’s very touching because I can empathize very well having an intense realtionship to a soul mate and the fear to loose something so precious.

Soundtrack to the post-apocalypse

Electronic and Rock-Elements take off on the song ‘When The World Comes Apart‘ and make it even danceable with a suiting tempo. It’s fascinating how an energetic song like this becomes all dark and dreary only by Gary Numan’s voice. I’d dare say, he’s the only person in the world who could be able to turn a song like ‘Shiny Happy People’ (‘R.E.M.’) into the ultimate super dark epic.

Minimalistic Industrial can be found in ‘Mercy’. I even have a notion of ‘IAMX‘ influences in matters of beat. Steady but with intensly vibrating E-Guitars and effects the song fights itself through the acoustically simulated desert, that is the base setting of this sonic experience.

‘What God Intended’ is a bitter ballad overlaid with cold metallic sounds and jaggedly vibrating static. Hopeless and grueling grind the lyrics like a dry prayer noone believes in. This track is surely the most melancholic and the least accessible on the album.

It’s ‘full speed ahead’ with ‘Pray For The Pain You Deserve’ and its military up tempo beat. It does push the whole album a good way forward again. It’s a battle call accompanied by harsh E-Guitars, subtly extended by effects like the sough of an approaching bomb. Apart from that, this song is a brilliant Synth Pop song with Industrial elements.

A reward for all the suffering

Gary Numan landed a bull’s eye with this record. There’s noone in the Industrial/Electrorock scene who is able to pinpoint despair, grief and the whole range of desolate feelings as exact as he does.

‘Savage (Songs From A Broken World)’ is a masterpiece that will long stay unequaled. For me personally, this is one of the best Gary Numan albums ever. A must-buy for all Numan fans, and a definitve recommendation for everyone with a hint of melancholia and a love for electronic music. 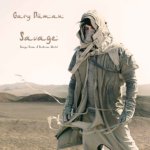