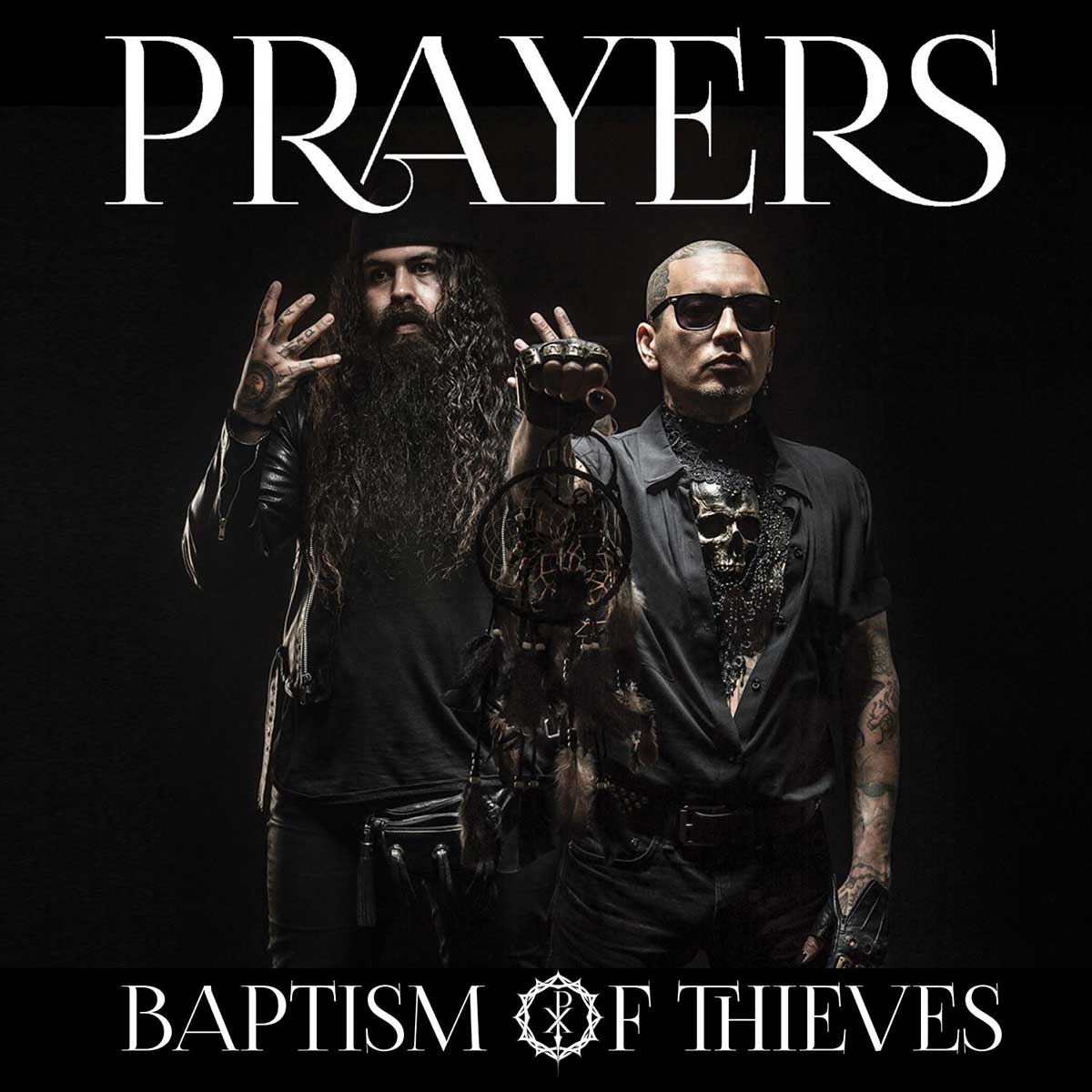 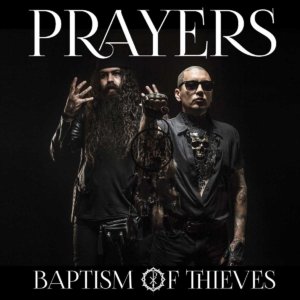 Praise the birth of ‘Cholo Goth’

My first contact with the band ‘Prayers‘ was the great music video ‘West End Girls‘, which is a cover version of a Pet Shop Boys classic. Finally presented in a courageous and innovative music style. The present album ‘Baptism Of Thieves’ is already the third album of the dynamic duo, which was released 3 months ago.

In interviews, the two remind me, always a little to Jay and Silent Bob, but only mentioned in passing. Anyway, look forward to a fresh album with a great genre mix.

We skip the first two tracks and start with the title ‘Tears In The Rain’. The track goes straight into the dance floor. In the first few seconds, the song reminds me of a typical ‘William Control‘ number. The song moves sonically somewhere between Darkwave and Synthwave. The rap of ‘Rafael Reyes’ gives the track the necessary individual touch. In terms of content, it is probably about concluding with the past and looking ahead. The inner sadness of a goth, you can clearly feel in every line of the song.

I hide my tears in the rain, to mask the pain.
Lyric line in ‘Tears In The Rain’ by Prayers

The first single of ‘Baptism Of Thieves’

‘Edge Of The Blade‘ is an acoustic grenade that tears you apart. Here you can hear a super cool Hip Hop track with the bleak aura of a ‘The Cure‘ song. And the construct is built up with synthesizer sounds and samples that approach the quality of a ‘Depeche Mode‘ track. Respect for this strong number and as a first single release a worthy statement for the whole album.

A repertoire to kneel down

‘Beauty And Bedlam’ has the spirit of an 80s ‘Pet Shop Boys’ song. Only much cooler and more modern. With a touch of Minimal Electro, the track exudes a relaxed atmosphere. This creates variety on the long player and reinforces the creativity of the two guys from ‘Prayers’.

We continue to Track No. 7 and this one burns your hut down. The song ‘One 9 One 3‘ is super catchy from the first listen and extremely groovy. Even the very explicit lyric comes across sympathetically here. For me, this is already a club cracker and should not miss this year in any dark disco. The danceability is exceptionally good, despite the unique sound. And that means a lot!

‘Wild Roses’ comes with a wonderful 80s attitude. With everything that goes with it: The epic synth-stereo-effect in the intro, the classical clapping-samples and of course the drum-stairs. Despite all of these old-fashioned and familiar music elements of a New Wave / Synth Pop song, the track sounds pleasingly fresh and new.

The brilliant Song ‘Lucifer Rising‘ strikes approximately in the same league as the previous song. This overall sounds darker in the flair and harder in the tonal instrumentalization. The track is a dark fun ride with a sonic boom!

In vocal collaboration with ‘Rafael Reyes’ better half ‘Kat Von D‘, the following great song originated. ‘Black Leather’ is based on an up-tempo beat with a lot of drive and energy. The integrated guitar brings a pleasant lightness with it and once again provides a lot of variety on ‘Baptism Of Thieves’.

‘Baptism Of Thieves’ is musically extraordinary and varied. There are really some gems on the album here. Unfortunately, the album is not without any flaws. Without the completely unnecessary intro and outro, this album would have received a fantastic overall rating of 4.15 stars! A top score if you know the usual Electrozombies reviews.

Nevertheless, ‘Prayers’ have delivered a first-class album with their third studio album. I know that such new genres of music are having a hard time establishing themselves in the scene. I appeal to your open ears and hearts to give this work a chance. The album is especially a recommendation for those who like to think outside the box. I certainly love the album and I hope ‘Prayers’ will continue on their way. 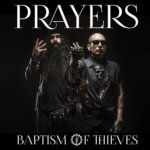