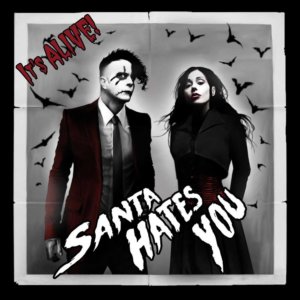 A terrifying, but beautiful concept

The album ‘It’s Alive!’ is definitly music for the dark dance floor. Although the disc has a strong EBM and Industrial influence, however, it is merged with pop sound, and for me this concept works fine. ‘Santa Hates You’ is a side project by ‘Peter Spilles’ from ‘Project Pitchfork‘, and this relationship is musically audible as well.

Unfortunately I’m missing more blast hits like the single ‘Scum‘ on the album. The single is the strongest song on the whole album.

But with the other four 4-Star rated songs ‘How to Create a Monster’, ‘Are You Scared?’, ‘Fight Truth Decay’, and ‘It’s Alive!’, this one should be in your collection. And you’ll love to have it, when the next Halloween party is coming.

By the way, this album also made it into our article ‘The best Synth Pop and genre-related albums 2012‘. Read now. 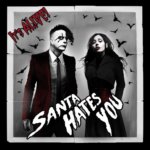