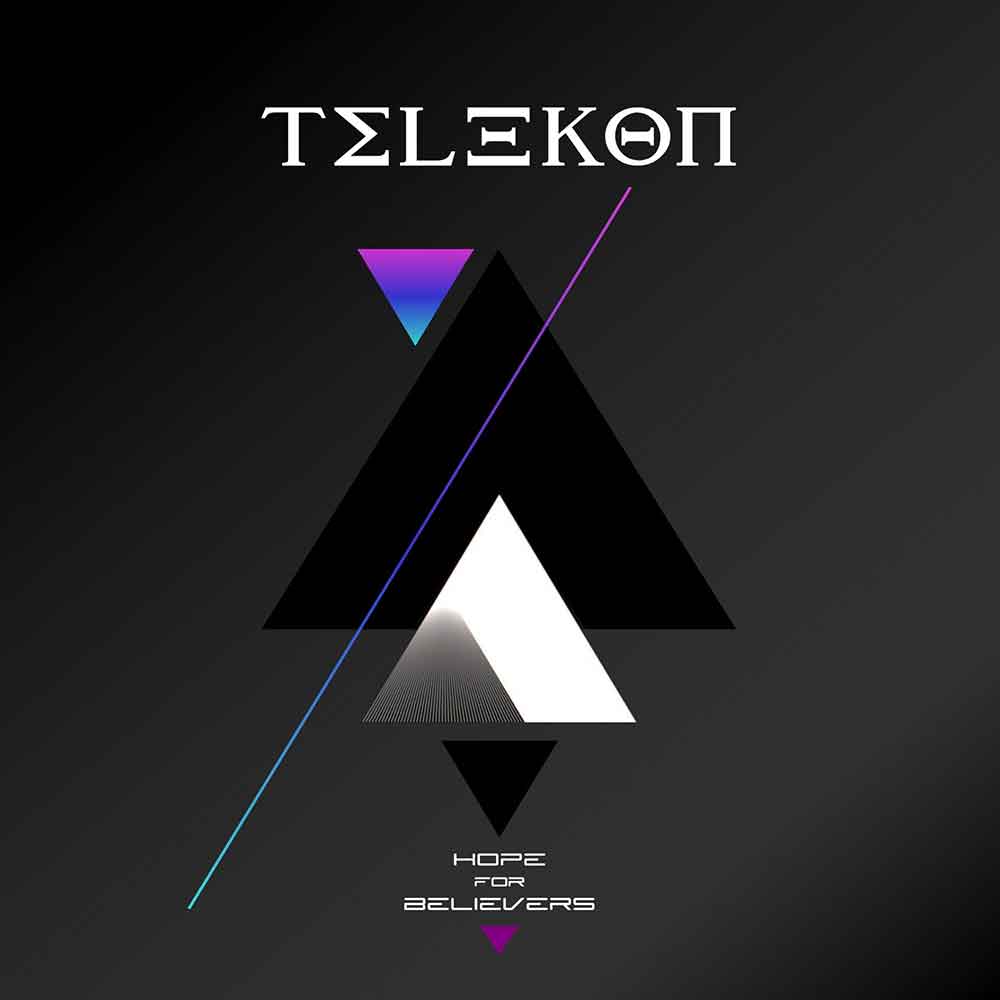 They belief in Synth Pop

‘Hope For Believers’ is the debut album from ‘Telekon‘ and for the first attempt it’s a strong one. ‘Telekon’ is the musical project of Juan Grande (Techni-ka) and Raúl Muñoz-Torrero (Insight). The album is released throught the Russian Synth Pop label ScentAir Records. Those were the hard facts.

A few months ago, the band applied with their song ‘In The Darkness’ to be on our compilation ‘Undead And Open-Minded: Volume 2‘. For us, it was clear from the first listening that we had to offer the band a platform. BTW: You can download our compilation for free (or pay what you want to support) on our Bandcamp channel.

Now we’ve received the debut album and we will check if ‘Telekon’ can hold the quality on a full long-player.

The first song ‘Restless Days’ has already started with a classic Synth Pop song composition. The samples aren’t exceptional, but rather reminiscent of the 80s. But everything sounds extremely crisp and also full retro! The opener makes you want more.

The second track sounds considerably more modern. The bass beat has a lot of kick and the synthesizers are from our time. Overall, ‘Promise Of Radio’ is more powerful, more synthetic and with a touch of SciFi.

The third track ‘Shining Lights’ is a classic Synth Pop song as well. A certain stereotypical romanticism with a feeling of excitement in the chorus is attached to it. I find the organ in the bridge somehow entertaining. This would probably sound in a sci-fi movie that would have been shot in the 70s.

‘Time’ is really a pleasure to listen to. Although quite the same danceable beat will continue as in the plays previously here, the song has more dynamic and tonal variety. The mood in ‘Time’ can be described as positive promising.

The song ‘In The Darkness‘ opens up a different path from ‘Telekon’, more muted and melancholic. This track excels in the mood, tension and sound on the album. Long-drawn notes, e-guitar-like samples and a glomy melody make the song something special.

In the first few seconds I associate the beats of ‘Lost For The First Time‘ with the world famous song ‘Radio Ga Ga’ from ‘The Queen‘. Who has the same association? Write your opinion now in the comments. Of course the song has its own sound. ‘Telekon’ has released this track as the second single. Here is also a touch of melancholy to sense but the very pop, danceable sound leaves no deep feelings.

The node has burst

‘King Of Nothing’ has almost a kind of Future Pop beat. Here ‘Telekon’ really tried something different on the album. I find the track very successful and would rank it qualitatively somewhere between ‘Assemblage 23‘ and ‘VNV Nation‘. I would like to hear more of this sonic change on the possibly second album of ‘Telekon’.

Also the penultimate number ‘Be Grateful For What You Have’ shows more courage and teeth. Soundtechnically, the whole thing sounds a bit after a millennium. This isn’t a big problem, as it’s a bit more variation in ‘Hope For Believers’.

In general yes, but the album is very straight and contains not too much variety. It’s a bit of a pity that almost one working formula has been set up here. Moreover, the Spanish accent is quite hard to hear in some places.

No doubt, ‘Hope For Believers’ is an absolute, pure-blooded Synth Pop album that you can’t go wrong with. So if you like the single releases ‘In The Darkness’ and ‘Lost For The First Time’, then we can recommend you the album to 100%.

As a bonus the album contains 5 remix versions of the two singles ‘In The Darkness’ and ‘Lost For The First Time’. These tracks are mixed by Nórdika, Uncreated, WANTed, Cyborgdrive and Dieddro.