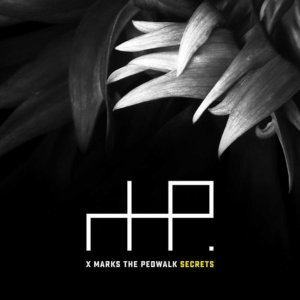 A masterpiece from the start

A masterpiece as an opener! At least the opener is called ‘Masterpiece’. This was maybe the secret motive of ‘X-Marks The Pedwalk’ as they produced their ninth studio album ‘Secrets’. The opener has an awesome and almost Futurepop-esque bass beat. With a catchy tune and the heavenly voice of Estefania it’s a grand opening.

In general, I have to admit that this is the most catchy studio album of ‘X-Marks The Pedwalk’ I’ve ever heard. Perhaps the ‘Violator’ (Depeche Mode album, 1990) is the album’s counterpart. At least the album has certain parallels. Even on the ‘Secrets’ are only 9 songs and the artwork presents itself similarly floral minimalist. Furthermore, it comes with the same pop attitude. But all this is just pure speculation. Maybe it’s just coincidence.

The title track ‘Secrets‘ is a great Synth Pop track that sounds almost radio-friendly. A driving beat and a chorus sung in a duet, lets you easily dive into the latest ‘X-Marks The Pedwalk’ output. With this formula, the song has a huge club hit potential.

‘Ghost’ follows the sonically DNA of the title song. This number also has a very well-engineered sound and here we’re more in the electronic pop sector. The melancholic lyrics are adeptly packed in the pop sound, just as you usually know from the ‘Pet Shop Boys‘. In this case the only, but big difference to the ‘Pet Shop Boys’ is that ‘X-Marks The Pedwalk’ sounds somewhat bleak and more seriously.

The fourth song ‘Sacred’ switches down a gear and presents itself in the mid-tempo range. The song hovers on a unique and futuristic, sounding sphere. It’s a typical sound in which you get lose in thoughts and drifting away. This is the ‘dream sequence‘ on ‘Secrets’.

The energetic song ‘Photomatique’ awakens the listener immediately. A great beat for the dance floor with an awesome dynamical song structure. As in the Opener, we also hear typical Future Pop elements from this number.

A twist in the story

The ballad ‘Breathe’ is in principle not a bad song, but also not outstanding. Far better is the following track with the title ‘Prisoner’. This song staged itself extremely dreamy and is accompanied by a wonderful 80s feeling. In places, reminds us of the song of the classic ‘Maid of Orleans’ by ‘OMD‘, but still sounds independent.

We really enjoyed listen to ‘One Time’. Here the listener is offered a classic Synth Pop track. The structure is very multi-layered without being too complex. Unfortunately the last song ‘Crankmachine’ is a instrumental track that drags the overall-score a bit down.

The result isn’t a secret

‘X-Marks The Pedwalk’ haven’t bloated the album unnecessarily. The secret of success lies in the brevity. Regarding the album ‘Secrets’ it has become a great and compact work. The album artwork is also positive to mention. This is graphically designed down to the smallest detail and comes in an elegant 6-page digipak. We hereby issue an absolute purchase recommendation. 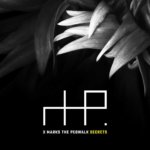