Discover innovative clones of Kraftwerk from the recent years 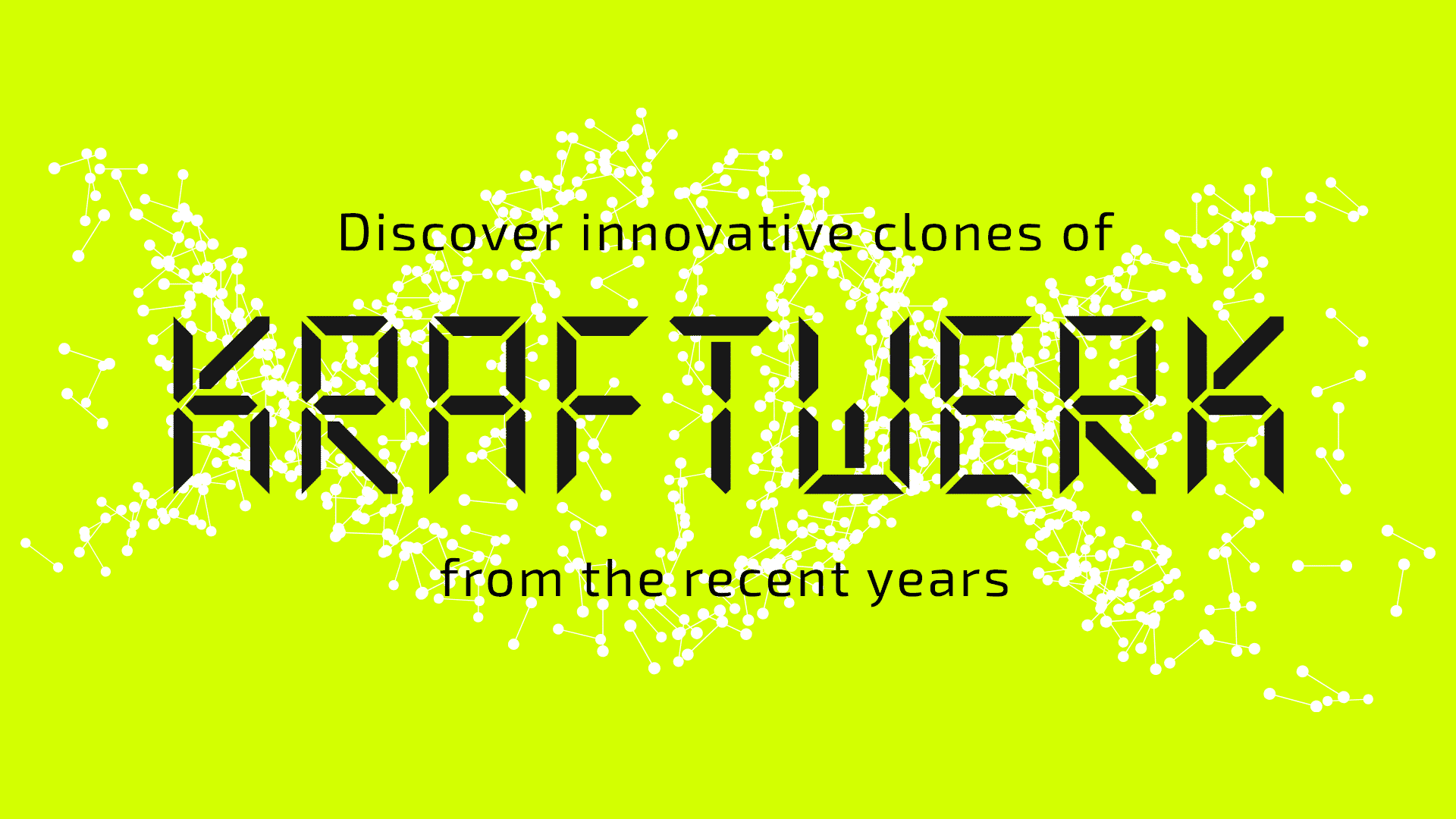 Kraftwerk – The birth of a music genre

Kraftwerk, electronic pioneers, random musical adventurers or an inflated myth? From whichever perspective you look at it, the Düsseldorf band has left a clear impression on the music scene since its beginnings in the 70s and inspired countless bands. After half a century, new bands can still be found that indulge in minimal electronics like Kraftwerk. These clear and cool electronics seem to cast a spell over entire generations. In our article ‘Discover innovative clones of Kraftwerk from the recent years’ we will introduce you to some of these bands. By the way, the wording “clones” is not meant in a derogatory way. Rather, it is to refer to the fact that the role model ‘Kraftwerk’ is clearly recognisable.

While the genre was called ‘Krautrock‘ in the early years, it later became Electro Pop or Techno Pop. In retrospect, I would categorise Kraftwerk more in the genre of Minimal Electro. But there are certainly different opinions on that. I won’t list the genres that Kraftwerk influenced here, because they would go beyond the spectrum of our scene across all musical borders.

My first significant musical experience is also related to Kraftwerk. You can read details about my first contact to Kraftwerk on the page ‘The story behind the origin of Electrozombies‘. This new electronic music thrilled me and had a major impact on my personal musical taste. However, I have to admit that today I am not so much into this Minimal Electro music anymore. Especially instrumental music is soulless and completely uninteresting for me. However, I do not want to betray my roots. They are the foundation of what I love today. In this article I want to celebrate and introduce more the bands that obviously love Kraftwerk as much as I do and want to keep this music alive.

By the way, the list has no ranking order. I just want to introduce the Kraftwerk fans among us to new or undiscovered bands that might suit their musical taste. Let’s start.

The next generation of Kraftwerk

I have just discovered Reakton myself and posted the music video ‘Nano‘ right away. You can’t find much about the Berlin band online. Apparently the first album ‘Weltall:Erde:Mensch‘ was released in 2014. In any case, they produce the finest computer music with a minimalist approach, plus short, crisp lyrics and enough pressure for the modern age.

Joacim Thenander is the man behind ‘Maschine Brennt’, a musician with a long history of creating computer-based music. He was a member of the EBM / Industrial band ‘Systema The Affliction‘ (1991). In the late 1980s, and later co-founded the fusion duo ‘Cultivated Bimbo’. With ‘Cultivated Bimbo’, the band has graced the 90s with music from the genres EBM / Industrial / Big Beat and Electro. He released more popular dance music and remixes in the 1990s, mostly House and Trance, but also other genres. The solo project ‘Maschine Brennt’ pays honour to the forefathers of electronic music, ‘Kraftwerk’.

Native of Stockholm, ‘Kretz‘ has a long background of music on the île of Limestone (Gotland). The spark of electronic music came into being on the C64, Atari and Amiga for different hacker, cracker and demo scene parties. Since 2012 Jonas Lund has been producing Minimal Electro under the name ‘Kretz’ and has since released a respectable repertoire of albums, EPs and singles on his Bandcamp page.

‘Mats From’ is the only member of ‘Deutsche Bank‘. Initiated in the early 2009 after creating cover versions of different songs in a Kraftwerk style, which led to writing original material in that style and continuing to grow the project more seriously. The first album ‘Autopop’ was released in October 2013, and it received critical acclaim for its fresh take on the genre while staying true to the original sound.

Although the ‘Elecktroids’ lineup has been intensely discussed in the electronic music community, and it is understood that the project included a member or members of Drexciya, the exact membership is unknown. When Warp Records re-listed the CD edition of ‘Elektroworld’ (1995) on their Warpmart site in July 2008, the promotional text said: “Produced by Drexciya’s late James Stinson.”.

Unfortunately there isn’t much to find about Unisonlab in the spheres of the internet. Unisonlab is a Machine Pop artist that draws inspiration from artists such as Kraftwerk, New Order, and Depeche Mode. And Jörgen Erixon from Sweden is the brain behind Unisonlab. But you can find plenty of his releases on his Unisonlab Spotify account.

‘Datapop’ is a Swedish duo formed by Anders Wilhelm and Mikael Larsson who call their style of music ‘Düsseldorfian Machinepop-Neo-Kraut’. Besides various Singles and EPs, the band released their debut album with the rather simple name ‘Pop’ in 2016.

The album ‘Wunderland: Linear Monotone Music’ (2021) by ‘VOITH’ is very fresh on the market, but Lars Voith started making music in 1997, so he is no stranger to the scene. You can listen to some of his releases on his Spotify channel.

I have to admit that ‘Clicks‘ doesn’t really fit 100% into this list. Whereas some tunes already contain DNS traces of Minimal Electro. There are definitely more real lyrics here instead of just the usual voice samples. I think if you love Kraftwerk, you should give the band ‘Clicks’ a chance and listen to it without obligation.

I actually came across the debut album ‘Coda’ by chance when it was released in 2008. There I already discovered great potential, although the album was rather mediocre. Two years later, the guys from ‘MIT‘ released their second album ‘Nanonotes’ and there are some real gems on it. The music video ‘Pudong‘ was one of the first music videos I posted on Electrozombies. It makes me nostalgic. Just listen to this fantastically clear, analogue synth sound. It’s worth it!

The band ‘Analoge Stereoide’ is made up of Cris Frickenschmidt (Alphamay) and Jan Bröhl and is currently more of a side project. Nevertheless, it’s worth a listen. To listen, you can visit the Spotify channel of Analoge Stereoide, furthermore there is the possibility to download our compilation ‘Undead And Open-Minded: Volume 3‘. The band’s track ‘Freie Fahrt Für Liebe (Early Mix)’ is included here and maybe you’ll discover other songs that might thrill you.

Schwefelgelb is a Berlin-based duo who describe their musical style as Techno Body Music. This descendant of Techno-Pop is definitely more danceable and has a touch of Punk attitude. I came across the band in 2012 with their music video ‘Alle Sterne‘ and liked the sound straight away. If you don’t know ‘Schwefelgelb’ yet, just listen to the album ‘Das Ende vom Kreis’.

I personally had never heard of ‘Komputer’ and it was recommended by our esteemed reader Patrik E. (see comments section). The album ‘The World Of Tomorrow’ (1997) is definitely right on this page. Leonard and Baker have been working together since 1982 and were signed to Mute Records in 1984 under the name ‘I Start Counting.’ Before the publication of Komputer’s debut album ‘The World of Tomorrow’, they started to release music under the alias ‘Fortran 5’ in 1990.

Thanks to a name cousin in the comments, I also came across ‘Metroland’ again. I have to admit that they completely slipped out of my mind, but I remember that there was a lot of hype around the band when they released their debut ‘Mind The Gap‘. Since the music in general doesn’t really reflect my personal taste, it was quickly forgotten again. The Belgian band made up of the members Passenger A and Passenger S should not be missing in this list.

Another great hint in the comments comes from Eric. The German band was especially active in the 90s and produced 6 albums in only 5 years. On Discogs, the music is listed under the genres Trance and Ambient. And I have to admit that most of the titles don’t convince me at all. Eric has chosen the song ‘Kontinuum’, which is most similar to Kraftwerk.

It’s no big secret that Martin L. Gore (Depeche Mode) also has, shall we say, a synthesizer fetish. And Kraftwerk were also great role models for the young Brit in the 70s. Together with Vince Clark, he produced the Minimal Techno album ‘Ssss‘ back in 2013. He seems to have enjoyed this so much that he has since produced another solo album ‘MG‘ (2015) and an EP ‘The Third Chimpanzee‘ (2020) in this genre. Personally, I can’t connect much with these instrumental soundscapes, but I think it’s important to mention this personality with his Kraftwerkesque passion here.

Stefan Groth from ‘Apoptygma Berzerk‘ is also a great admirer of the Düsseldorf band. They covered the song ‘Ohm Sweet Ohm’, which appeared on the Kraftwerk tribute compilation ‘Krafty Move – An Electronic Tribute To Kraftwerk‘ (1997) and on their own tribute collection ‘Sonic Diary’ (2006). He has lived out this passion to perfection with the album ‘Exit Popularity Contest’. A real gem for fans of instrumental Minimal Electro music. We didn’t rate the album quite as highly in the article ‘What is the best Apoptygma Berzerk album ever?‘ But read for yourself and tell us what you think of the album in the comments.

If you have reached this point, then you exploration in our article ‘Discover innovative clones of Kraftwerk from the recent years’ seems to be successfully. I’d be glad if you would share more bands you might think they would fit in this article in the comment section. From time to time I will expand this article to include new discoveries in this genre of music. Thank you for reading and don’t forget: “Sharing is caring!”. Cheers, from a location near Düsseldorf. 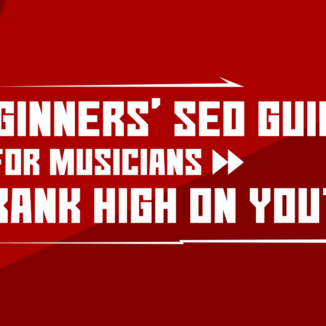