Rickard Gunnarsson, born and raised in Stockholm and the son of world famous musician Rutger Gunnarsson (ABBA, Elton John, Mamma Mia the Movie amongst others), has played in some of Sweden’s most known electronic acts like Statemachine and Lowe (both winners of Scandinavian Music Awards) and has toured throughout North America, Russia and most of Eastern and Western Europe and performed with artists such as Moby and West End Girls. 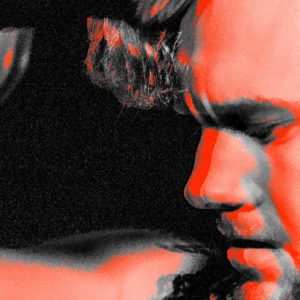 Mathias Thürk, born in East Berlin and living in Zürich, used to play keyboards with pop band Minerve. The band was well known in the alternative pop scene and reached different chart positions throughout Europe. Minerve was also nominated by the German Rock&Pop Awards as Best Elektro Pop Band. With Minerve he toured Russia, all of Eastern and Western Europe.

Ginger Khan (Tom Åsberg), born in the industrial town of Falun in Sweden, is a classically trained opera singer and was until 2019 the singer of Swedish synthwave band Priest. Before Priest, he was the singer of freak-rock band Mongolian Cosmonaut.

Seadrake was founded in 2012 and has since released lots of top noted singles like Daydream and Lower Than This (Someday) which reached high positions on iTunes Alternative Charts, Deutsche Alternative Charts (DAC) and German Electronic Web Charts (GEWC). In 2018 the band also released their highly anticipated debut album ”Isola” and successfully entered the album charts on DAC and GEWC at #1.

Seadrake are currently in the studio working on the follow up to the #1 album Isola. The next single Lover/Machine is planned for release spring 2020.