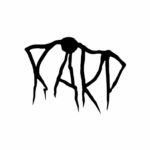 The song ‘It Looks Bad’ is the new output by the Swedish artist ‘KÅRP’ and starts with a melody sequence that reminds me on an 80s ‘Anne Clark’ classic. KARP explains about the song: “The world is burning. No future for ever. It Looks Bad.”, that doesn’t sound promising. Further she says about ‘It Looks Bad’: “[…] We see deadly police brutality, wild fires, pandemics, nazis in the european parlaments, George Floyd. We’re fucked. It looks bad, to put it simple.”.

Quite a gloomy attitude, which I can also partly understand. But even though I am a cold realist, the world is definitely a safer and better place than it was 100 years ago, despite all the injustices and catastrophes. That should not be forgotten. The reason why everything seems worse and worse is not the fault of events, but of the damned media, which sells too much “bad news” almost unfiltered. And that, unfortunately, sells very well.

Among other great bands also this track is part of our Spotify playlist ‘Synth Pop Newcomers 2021‘. Listen to this apocalyptic track now.

Listen to ‘KÅRP – It Looks Bad’ on Spotify