Too Dead To Die – Tropical Gothic

Something between Tropical EBM and Gothic EDM 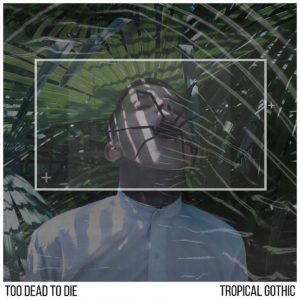 How does California weather, ice cream, palm trees and Gothic go together? This question was probably also asked by ‘Too Dead To Die‘ and his new album is accordingly called ‘Tropical Gothic’. Almost 6 years have passed since ‘Murder On The Dance Floor‘ and to be honest I didn’t believe in a release anymore. Without much announcement or promo I was surprised by the unexpected release. In any case I was very happy. Now the new sound of ‘Too Dead To Die’ blasts around our ears like a tropical storm. Hot beats and a genre mix like a delicious cocktail awaits the listener. We have already listened to it and tell you what the awesome party tracks are and which songs are more likely to cause headaches.

Right in the face

The title song ‘Tropical Gothic‘ starts with a relaxed synth carpet and slowly breaks up with a wooden drum kit. Also the singing starts almost therapeutically calm in the voice but fast in the text flow. Relaxed handclapping samples lead slowly to the main part and are interrupted at the half by squeaking signal sounds and the beat picks up the tempo clearly. The first track clearly shows the musical genre mix the listener has to adjust to. Electronically exciting Synthiepop/EBM sounds with a touch of tropical holiday feeling with extremely dark lyrics. Voilá, here it is!

The second song ‘They All Were Wrong‘ starts much more stomping with melody structures that remind of the debut ‘Murder On The Dancefloor’. A very short, fast song with distorted voices and growling chorus. Extremely uncompromising and full on the face that says: ‘Too Dead To Die’ is back!

I thought the mix of lounge music and Synthiepop on Northern Lite’s ‘Back To The Roots‘ album was fantastic. ‘Too Dead To Die’ creates a similarly enjoyable mix, but on the album it is much more varied and exciting. The third song ‘Wanderlust’ proves this. For good reason this track was also chosen as a singing release. Loose and fluffy beats invite you to dance, but there is still a touch of melancholy and darkness around this track.

With the first tunes of ‘The Best Sunsets I’ve Ever Seen’ you can guess or expect a sad story in the lyrics. In the end the interpretation remains open, but the song leaves me with a bittersweet taste of sadness.

‘Ultraviolet’ begins as uncomfortable as ‘The Best Sunsets I’ve Ever Seen’. These melodies make me shiver and yet I find them beautiful or maybe just because of that. Tonally the number is already much calmer and also slower. The chorus has almost something of 80s New Romantic and would also fit perfectly into a catchy Synth Pop song.

They say our time has ran out, nothing left to feel good about
Lyrics from ‘Ultraviolet’ by Too Dead To Die

Sonically reminiscent of ‘Faderhead’, the song ‘Vice City’ thunders from the loudspeakers. Extremely juicy beats and explicit phrases are blasting around the head. The track is really rough and stuffed with thousands of layers of synths and samples. Very complex, but somehow it fits together well.

Another super weird dance grenade is the song ‘You Cannot Destroy Me More’. The lyrical content can be interpreted rather ironically with lines like: “drink so much you could die”. But a party atmosphere is definitely coming up with this track. From the uniqueness of the used synths and the insane composition of the sound, it could be understood as a tribute to ‘The Prodigy’. Well done!

Till the end a mind-blowing trip

Another single release is the track ‘Deviled Grilled‘. The song captivated me, to be honest, not from the beginning. The song structure is not catchy enough for that, I would say almost unwieldy. If you get involved with new sounds and the knot is suddenly burst, the song whirls around like a tropical storm and tears off all the roofs.

The song ‘XXV’ is almost full of romance and turns the wheel completely around and you only think: “Wow, I really didn’t expect that!”. This is one of my absolute favourite songs on the album. First of all because ‘Too Dead To Die’ proves its wide range of sounds, but also because the song with the melancholically tuned strings just gets under your skin. There is so much feeling and complexity in this song. On one side it sounds like a tragic romance, on the other side it sounds like a super cheesy love declaration. A fantastic song!

Never regret about faith in the eyes, where I forever found my last paradise
Lyrics from ‘XXV’ by Too Dead To Die

Also the last track ‘Season Of Rains‘ is a sentimental song with profound lyrics and a very slow beat. Somehow strange to me, that apart from the lyrics, the music sounds like an doomsday scenario. It exudes such a sad hopelessness that makes you feel sad. But when a song creates such strong emotions, then the artist has done everything perfectly right and I can confirm that with this song.

A tropical storm or a mild breeze?

I have to admit that you have to be very open-minded to love this album. It’s not the usual, catchy EBM/Synthiepop/Industrial type of music, but it has this special touch to be very unique in the black music scene.

Personally, I love the album and can only warmly recommend it to everyone. If you buy the Bandcamp version you will get 2 bonus tracks (‘Down The Palm Road To Hell’ and ‘Hoodoo’) on top. 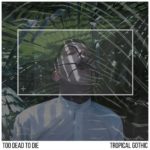 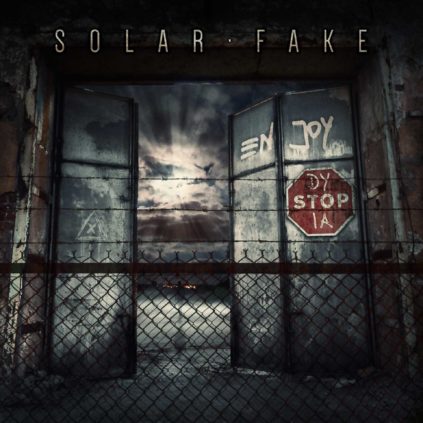