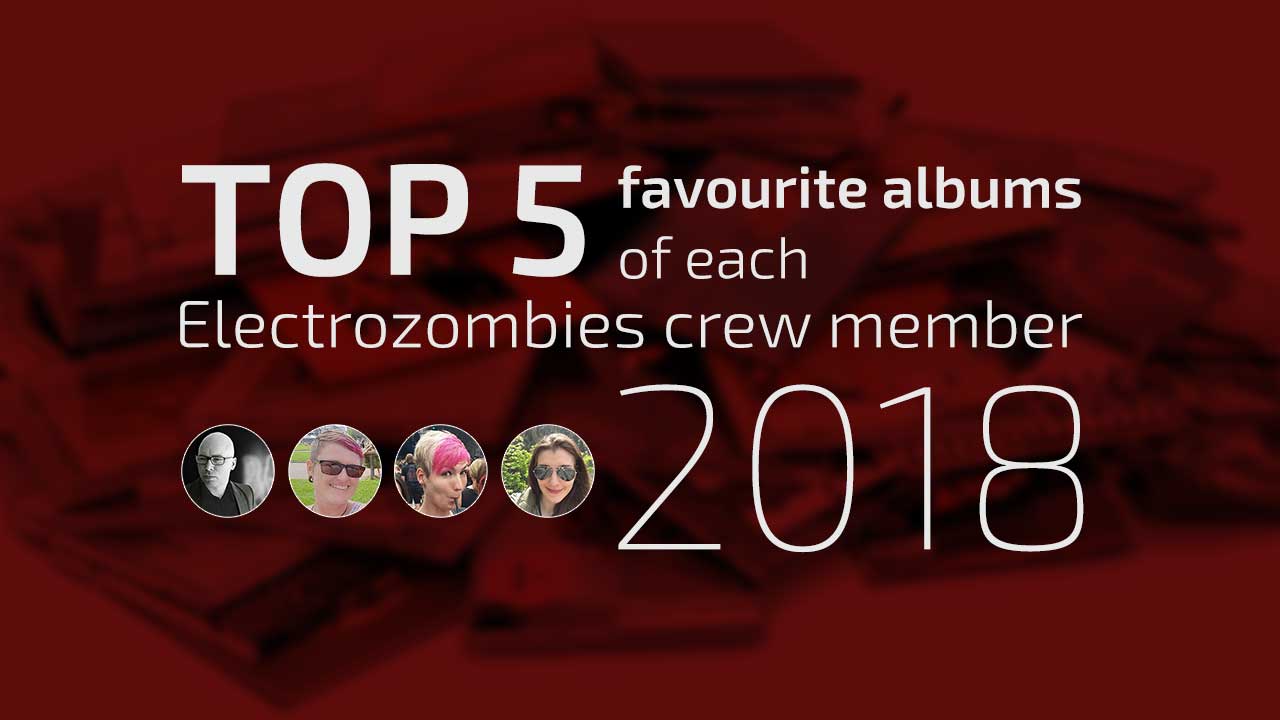 Apart from the Best albums 2018, which are simply rated by the overall score of the reviews, every Electrozombies crew member has his/her own favourites. Here are the Top 5 albums in 2018 of each crew member.

‘Alive In New Light‘ is a fantastic melancholic album with positive and humble vibes that I have listened minimum a thousand times this year. This may sound strange, but to me and my personal state of mind, it makes absolute sense and further I feel deeply connected to the lyrics. So without any doubt, this is my personal favourite for 2018. Thank you Chris Corner (IAMX). 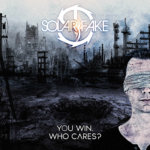 The German Synthpop band ‘Solar Fake‘ turned into one of my most favourite bands in general in the few last years. The 2018s album ‘You Win. Who Cares?‘ is an awesome masterpiece and great to dance. Always a bit darker combined with almost dystopian themed lyrics is definitely my cup of tea. 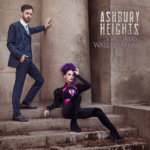 I had a hell ride of fun as I listen the first time Ashbury Heights‘ ‘The Victorian Wallflowers‘. One bombastic smash hit hunts the next! An almost flawless album that is made for a black fashioned party. To be goth can be fun is my truth after this album. My heart blooms in a variety of black tones and keeps enough space for this album to stay forever.

Kept in mid-tempo and surrounded by serious themes comes ‘Citybeats‘ by ‘De/Vision‘ in June 2018. I was instantly emotional touched by the bleak aura of the songs. And yes, ‘Citybeats’ is not an easy access album, but it gets better and better with each repeat. I especially like the ‘touched by sweet sadness’ feeling on this album. It’s bittersweet and so beautiful.

I’m very sad about the fact that Camouflage‘s releases get less and less as the years go by. The more I was happy hearing that Marcus Meyn starts a second musical project called ‘M.I.N.E‘. The album ‘Unexpected Truth Within‘ sounds like a mixture between the typical ‘Camouflage’ sound and rough Electrorock. Another highlight of 2018 that I would like to recommend to anyone who appreciates this combination.

I really have to admit: I only recently fell totally for ‘Ghost’. In 2011 I already saw them supporting ‘In Flames’ but just didn’t really get the hang of it. Well, I did this year on Dynamo Festival. I rarely saw a band with such presence on stage and such perfection. Their record ‘Prequelle’ is running hot rotation with me because it is ironic, earwormy, classical and fresh at the same time and it’s like I’ve been waiting for a band like this for a very long time. I mean – really – what band is able to combine Metal, Aerobic, Sing-Along and traces of Satanism all at once?!

Actually you just have to check my review on this record to know why I love it so much. Pretty much because of everything, to be exact. It is playful, yet totally on point. There’s no phrase, no sound too much or out of place, it’s fun and it’s true in every kind of way. There have been many days since release when I sang the refrain of ‘Scary World‘ inside my head, because it was all too true. Thanks to Emily and Mark for a piece of truth, hope and perfection!

I suppose, everyone of us Electrozombies will name this album. Because it’s SO GREAT! What describes it best for me are two words out of ‘Stardust’: Beauty, Violence. The record gathers its power from interweaving contradictions: fragile, but pompous; feeling every detail while covering the whole mile; from the deepest hollow to the highest high. I can listen to it over and over again and it never gets boring. I love Kat von D.’s vocals which pair so well with Chris Corner’s voice. Also his visual statements and videos are a delight to my designers’ eyes. There are not many who are able to visualize with such a grandeur and exactness. Big hands to your huge creativity, Chris! 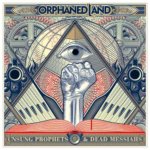 Linking oriental influences to european Progressive Metal is one of the best things that could have happened to music in my opinion. Not just because cultures are intertwining and getting the best out of each but because it’s simply fun to listen to and a whole new world in an otherwise pretty straight-forward genre. This new album leaves the religious path ‘Orphaned Land’ has walked for long and it was a very good decision, because time demanded it and if you were born in such a torn place as Israel, I guess you just have to.

Some time last year I stumbled across ‘Rabia Sorda‘ by accident and I instantly thought: There’s a whole lot of potential! When I saw them live at M’era Luna I was totally blown away – they are even more in-your-face than on record! And it’s simply wonderful to slam-dance a bit with such somber-looking folks as Goths. What I really like about this album is the dirty precision the band establishes. They’re Punk, they’re Metal, they’re Electro, they’re german, they’re mexican – I mean, what could possibly go wrong?! My personal favourites: ‘Shut Up And Dance!’ and ‘Demolición’.

Why do I love this album so much? It simply captures everything I adore about ‘Solar Fake’: the beauty of melancholy, darkness and rage expressed with a variety of beats and melodies to dance to or to just dwell on. I can’t remember how often I got carried away by the wonderful sounds of ‘Invisible’ or how many times I pressed the rewind button to replay ‘Wrong Direction’. If you are intrigued and haven’t listened to the album yet, I suggest you do it right now and check my review to find out why this album made it to the top of my list.

This is by far the best discovery I made in 2018 (thank you to my fellow Electrozombie Vera)! The guys from ‘Ghost‘ virtuously manage to mix up 80’s style melodies and musical elements with metal chords, such as in ‘Rats’ or ‘Dance macabre’. I got hooked the first time I listened to these songs and they have been part of my playlist ever since. I just can’t wait to witness one of their spectacular shows live on stage!

Chris Corner never ceases to amaze me. Every single song, the music videos as well as the artwork make this album one fine piece of art. The lyrics, such as in ‘Alive In New Light’ or ‘Stardust’, perfectly complete this electronic jewel. Every one of us at Electrozombies is intrigued to see ‘IAMX’ on tour in 2019 and I am sure he will exceed all our expectations.

After its predecessor ‘Transnational’, VNV Nation‘s new album ‘Noire‘ did indeed come as a surprise. Although the three instrumental pieces on the album are not really my cup of tea, the other songs are definitely worth listening to. With songs like ‘A Million’, ‘Immersed’ or  ‘When Is The Future‘, this album either invites you on the dance floor or, alternatively, on a contemplative journey by combining synth and future pop with dark and dystopian themes.

5. The Prodigy – No Tourists

I have seen ‘The Prodigy‘ twice on stage and they really are fun! Still, I can’t deny having been skeptical about their newest release ‘No Tourists‘. Believe it or not, I listened to the album far more than once and I must say that I’ve grown to really like it. This is a 90’s throwback mixed with the beats of their latest albums and you can’t help but dance along or at least tap your feet to the beats of ‘Champions of London’ or ‘We live forever’.

I was first introduced to Ghost through their cover of Depeche Mode‘s ‘Waiting for the Night’ and I’ve been hooked ever since. I’ve seen them three times in concert and while ‘Prequelle’ is quite different from anything they’ve released before and I listened to it non-stop since its release this summer. There isn’t a bad song on the album, with my personal favorites being ‘Dance Macabre’ and ‘Witch Image.’ Every listen gives you something new to love.

Whenever I go see a band live, I never look up the opening bands before hand because they’re usually a fun surprise; they’re basically a recommendation from your favorite band. I saw Solar Fake open for Aesthetic Perfection in 2016 and instantly became a fan. ‘You Win. Who Cares?’ is a great new album, dystopian and dark, a perfect expansion to a stellar back catalog.

Richard Kruspe’s (Rammstein) other project Emigrate recently put out a killer new album. The songs are catchy, I was singing along to ‘Spitfire’ halfway through my first listen. It’s the perfect album to listen to while driving at night. There are some great featured artists from bands I already love (Cardinal Copia of Ghost and Benjamin Kowalewicz of Billy Talent). It’s a bold, passionate album with a wide variety of styles from rock to synthpop.

‘Alive in New Light’ is a beautiful emotional album. It’s not a surprise that we’ve all picked this as our top five. The music resonates and the lyrics are deep. This album is a masterpiece, a true piece of sonic art. The songs are diverse, and the lyrics bring you deep into Chris Corner’s world. It’s one I want to stay in and I’m so excited to see what 2019 brings. 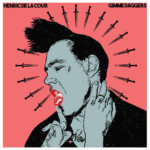 Henric de la Cour‘s album ‘Gimme Daggers‘ reminded me of how I fell in love with synthpop. It’s dark and new wave, 80’s style but also modern. I love Henric’s voice, I listened to him sing all through the end of 2018, because I couldn’t stop listening to this album. It’s one to add to your collection and one to add to your 2019 playlist if you haven’t heard him yet.

Intersections at a glance

Wow, what a trip! For me, it’s an unexpected result in the end. I mean 4 times IAMX – awesome – Chris Corner’s band is our personal winner of 2018 favourite album. But who is this band ‘Ghost’ that the girls talk about? I gave it a listen and to me, it simply sounds like typical 80s rock music. Sorry, I don’t get it. Also ‘Solar Fake’ joined 3 times in our personal favourite list. Congrats to Sven Friedrich and his bandmates.

What’s your favourite album for 2018?

What’s your opinion? Use the comment section below to tell us what 2018’s album you can’t listen enough and why.

Electrozombies is on the cutting edge of what’s happening in the electronic music scene. They always have the latest news and videos to share.