The creation of a new fantastic Electropop album 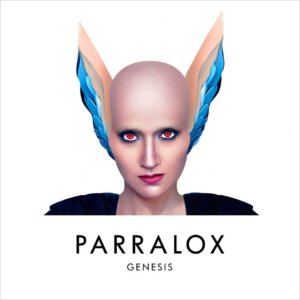 It almost feels like an etern­ity. 3 years after the last stu­dio album 'Subculture', the Australian Electropop band Parralox presents their new work 'Genesis'. With 15 new songs the album is really packed.

Besides John's fant­ast­ic vocals the usu­al sus­pects Johanna Gervin and Louise Love as well as act­ress and sing­er Jane Badler join in. The lat­ter should be known to most sci-fi fans from the 80s series 'V', which played the main char­ac­ter 'Diana'. Furthermore, the ex key­boarder Ian Burden of 'The Human League' is also involved.

Amazing Electropop from the beginning

The open­er 'Tears Of Faith (Feat. Jane Badler)' is a catchy Electropop song that stays in your ear with the repet­it­ive chor­us "Amazing love, amaz­ing love, …". The clear and soft voice of Jane Badler fits seam­lessly into the typ­ic­al Parralox sound. This is an excel­lent choice for a guest singer.

With an 80's "Oh-way-oh-way-oh" (Similar like in the song 'All Over The World' by 'Pet Shop Boys') the track 'System Of Pleasure' tunes in includ­ing a clas­sic hand­clap sample. Paired with quite mod­ern sounds there is a strange retro-mod­ern atmo­sphere. The song may be struc­tur­ally simple, but it has everything that makes a suc­cess­ful radio hit. The vocals are crys­tal clear and have a wide dynam­ic range.

The begin­ning of 'Robots Of The World Unite' is already strongly based on 80s Italo Disco. The vocals in the verses have a cool robot vocoder effect and sound very crisp due to the short lines. As soon as you get to the chor­us, the acous­tic stage changes into a glow­ing rain­bow of glit­ter with the typ­ic­al sound that 'Modern Talking' in the 80s would not have done bet­ter. The sound effects and synths in the bridge is remin­is­cent of sci-fi clas­sics like 'Logan's Run'. So the mix is damn excit­ing in this song. Thumbs up for this incred­ibly good song.

With good tempo and pos­it­ive vibes, the song 'Revelation' has a lot of love to give. The song is enter­tain­ing and def­in­itely has the right qual­it­ies for a Single release. Colourful, catchy and play­ful are the terms that describe the song best. Yes, the song is basic­ally like a care­free sum­mer day where everything is perfect.

Mysterious sounds intro­duce the song 'Nemesis' before drum sounds like from a 90s Acid/Techno track (greet­ings to Marusha) drives rhythm into the song. Cool robot voices with indus­tri­al and mech­an­ic­al sound­ing samples cre­ate a won­der­ful sci-fi feel­ing. In con­trast, there is a fant­ast­ic­ally soft and organ­ic sound­ing melody in the chor­us, with lyr­ics that melt the hearts.

'Under The Skin' has inher­ited a few per­cent of the sound genes from Pet Shop Boys clas­sic 'Heart' in the intro, but at a more mod­er­ate speed. At least that's how I asso­ci­ate it, if you dis­agree, just write it in the com­ments below. Lousie Love sings the song with a very erot­ic cha­risma. Almost teas­ing and breathy, the verses are trans­por­ted into the ear canal via the loud­speak­ers. The com­plete song radi­ates a pleas­ant and relaxed atmosphere.

The song 'The Future' is my per­son­al favour­ite song on the album 'Genesis'. A nice clear short beat with heav­enly sound­ing melod­ies and har­mon­ies. The song is spiced up by the spec­tac­u­lar sci-fi sound effects, synths and samples. I think it's won­der­ful that 'The Future' is a bit gloom­i­er com­pared to the oth­er songs. This gives the album anoth­er vari­ation in the son­ic experience.

With a slightly exhil­ar­at­ing beat 'Genesis' con­tin­ues with the song 'Resurrection'. High float­ing, almost sop­rano, the vocals are remin­is­cent of disco clas­sics from the 70s, such as 'Heart Of Glass' by 'Blondie' or 'You Make Me Feel (Mighty Real)' by 'Sylvester'. Lyrically it's obvi­ously about the most beau­ti­ful minor mat­ter in the world. Also appeal­ing is the rich­ness of ton­al vari­ations, as well as the dynam­ic range in the song.

Personally, I just like the bleak songs bet­ter. But they are quite sparse on the album 'Genesis'. All the more pleas­ing for me is the song 'Hurricane', which injects a small syr­inge full of black ink into the whole work. The tempo is in the lower mid-tempo range and lets you come down won­der­fully at the end. I also like the woven in 'Depeche Mode' ref­er­ence: "The sun and the rain­fall", which appears in the first verse. At least I can ima­gine that it should be a ref­er­ence because John von Ahlen is also a big 'Depeche Mode' fan.

I am fully con­vinced by the album 'Genesis' by 'Parralox' and can recom­mend it to every Electropop fan. The album offers a lot of mood altern­a­tion and is incred­ibly var­ied in sound. Personally I would wish there were more mel­an­chol­ic songs from Parralox because the few that exist have a won­der­ful depth. And espe­cially John's vocals are pre­destined for that.

By the way, this album also made it into our art­icle ‘The best Synth Pop and genre-related albums 2019‘. Read now. 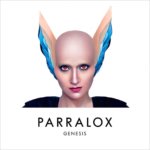 Take a quick listen to the official album preview now

If you love Parralox as we do, don't miss the art­icle 'What is the best Parralox album ever?'.