Time traveling to the 80s 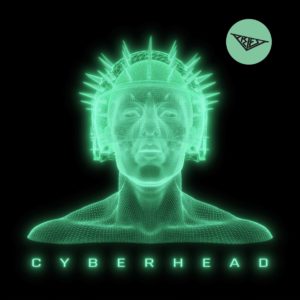 It feels like an eternity. The second album ‘Cyberhead’ by ‘Priest’ is finally released. The 2017 debut ‘New Flesh‘ has reached position 2 of our best albums of 2017. But only very close to the big smasher ‘Spirit‘ by ‘Depeche Mode’. The guys can be little bit proud about that fact. In general it is said that the second album is always the hardest. Whether this is also true for Priest is questionable, since the band members play in other bands as well. Here one cannot really speak of a second album in principle. Nevertheless, the band will have to deal with some comparisons to the extremely successful predecessor here and there in this review.

Back to the future

What a beautiful beginning, the impressive organ sounds remind me of ‘Time To Move On’ from the ‘Apoptygma Berzerk’ classic ‘Welcome To Earth‘. This gives you goose bumps from the first second. But after the intro the band hits a rather unexpected beat that always gets a powerful push with a “PA PA PAOW”. This simple sound keeps echoing in your mind even after the song.. With an angelic, almost relieving mood, the chorus lifts the track enormously.  ‘Xpander’ is truly one of the strongest tracks on the album. I would have chosen exactly the same song as the opener, because ‘Xpander’ is varied, catchy and has all qualities for a Single.

‘Dead Ringer‘ was the first extraction of the new album ‘Cyberhead’ and known by the most of you. This is an unusually quiet number and a courageous decision to release it as the first Single. But I liked the song from the beginning because it is gloomy, creepy and very profound.

The third song ‘I Believe In You’ builds a musical bridge to the previous album ‘New Flesh’. This bright sounding electric piano strongly reminds of ‘The Cross‘ or ‘Obey‘ from the same titled EP of 2019. Located in the mid-tempo area, the number is suitable for dancing along without getting into a perspiration.

Echoes of the past

Like a perfectly arranged electro opera, the song ‘Decay’ flows its natural course and draws the listener further and further into the music. The vocals gently caress the diversified synthesizer sounds. ‘Decay’ feels like a luxurious interlude, which is meant to lead the listener only to the next track. But it would be unfair to reduce this great song to that. It is a full-fledged song full of emotions.

Finally a punchier beat that invites you to dance. ‘Thieves‘ is not a hard-boiled club song, but I also can’t sit still and listen to it. The baseline and metallic synthesizer sounds are close to the atmosphere of the early Depeche Mode albums like ‘Some Great Reward’ or ‘Construction Time Again’. Older listeners will recognize parallels and familiar sounds. I love it.

Feel the warmth of synthesizers

An absolutely epic intro, full of pain and melancholy immediately draws me under its spell. Spontaneously I have a lump in my throat and despite the current sunshine and blue sky, it feels as if deep black clouds have come up over my head. Lyrically the best song on the album ‘Cyberhead’. Every sung line hits me with full force. Brutally sad, but also bittersweet and beautiful. This balancing act is the true art in musical creation in my opinion. You don’t write such an emotional ballad just like that, there’s substance and probably a tragic break in life behind it. This is my favourite track on the album!

Suitable for radio and equipped with a catchy melody, ‘Priest’ has released its second Single ‘Beacon Of Light’. I definitely think that this decision was a good one, because I also see clear Single qualities here. The track shines above all with its harmonic dynamics and you will be surprised every few seconds with a new sound or effect. Also the very subtle use of the guitar in the chorus adds a fine pinch of spice to the otherwise purely electronic Priest sound.

With a slightly naive sounding vibe in the chorus, the track instantly inflamed my heart. Thematically, a break-up is again the subject of the lyrics, which are musically sung in light fare in the form of a pop melody. I have to admit at this point that I am not a fan of vocoders or generally strongly electronically processed vocals, but with Priest it doesn’t bother me that much.

In the same mood, the fantastic track ‘Star Maker’ continues with a smooth swing and Electropop sounds similar to ‘Erasure‘. The track enchants like a fairy tale and raises the mood immensely. The break is especially worth mentioning here, because it sounds quite different but doesn’t seem like a foreign body. It is more a typical ‘Kraftwerk’ melody from the 70s. A crazy combination that you definitely have to hear.

‘Cyberhead’ is a contemporary album that is full of memories from the 80s. And maybe also a salute to the decade that produced many fantastic analogue synthesizers. Awesome reused sounds and samples that provides a pleasant, nostalgic feeling without being able to point to anything specific. ‘Priest’ has managed the perfect balancing act: To create a fresh new album with the sound roots of the Synth Pop origin. Go and grab your copy of ‘Cyberhead’ now! 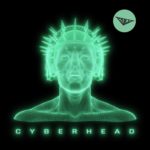