What is the best Depeche Mode album of all-time? 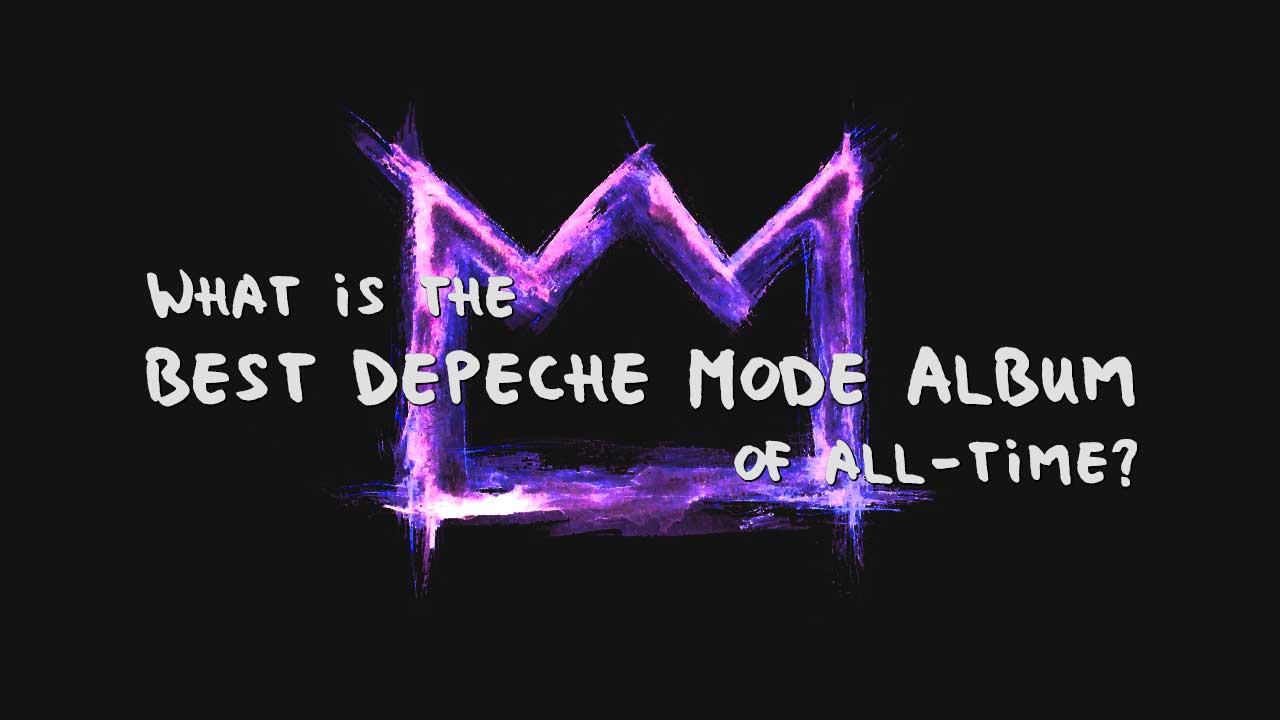 Welcome to this new article series. Too often we indulge ourselves in nostalgically transfigured memories. Our brains tend to forget bad memories rather than good ones. That’s why many people believe that everything was better in the past? Was that really it? I do not think so and all the statistics speak against it.

In order to stay as objective as possible with reviews, I decided to use our established Track by Track review system. This is fair and optimally suited to comparisons. Otherwise, as a big Depeche Mode fan, I would give each album a full 5-star rating. However, that is a purely subjective opinion, because I think not every track on the albums is equally good.

So to find out which is the best Depeche Mode album, I did the work and rated every single album track by track. I summarized the result in a ranking and would like to present this to you here. At the end of the article, the values are again clearly arranged, shown chronologically in a curve graph.

For a debut album a great foundation for a building. Nevertheless, the majority sounds very naive and mediocre.

Release: 1982
Overall Rating: 3.7
Great tracks: Leave In Silence, The Sun & The Rainfall, My Secret Garden, See You
Weak tracks: Nothing To Fear

The second album is more serious and gloomy. But it also comes with more extreme in the individual track ratings. Here, the rating of each song is either very high or very low.

Release: 2001
Overall Rating: 3.73
Great tracks: The Dead Of Night, Dream On, Shine, The Sweetest Condition, When The Body Speaks, Freelove, I Feel Loved, I Am You
Weak tracks: Lovetheme, Easy Tiger

I am totally surprised by the result. I love this album, but the two instrumentals and some mediocre tracks are pulling down the overall rating.

Release: 1983
Overall Rating: 3.78
Great tracks: Love In Itself, Everything Counts, Two Minute Warning, Shame, And Then …
Weak tracks: (None)

‘Construction Time Again’ is the first album in the list with no real weak tracks. All in all, Depeche Mode presents 10 songs that were far ahead of their time and still sound also modern today.

10. Music For The Masses

Release: 1987
Overall Rating: 3.85
Great tracks: Never Let Me Down Again, The Things You Said, Strange Love, Behind The Wheel, Nothing
Weak tracks: Pimpf

The album ‘Music For The Masses’ lives up to its name. Because for me it is indeed the most radio-friendly Depeche Mode album of all time. All tracks except the Instrumental ‘Pimpf’ get 4 stars from me.

Release: 1986
Overall Rating: 3.86
Great tracks: Fly On The Windscreen, New Dress, Black Celebration, A Question Of Lust, A Question Of Time, Stripped, But Not Tonight
Weak tracks: (None)

I know that many die-hard Depeche Mode fans will hate me for this unpopular decision/rating. But apart from the nostalgic transfiguration, the album is not free from blemish. There are extremely great songs on this work, but also a lot of mediocrity. Sorry!

7. Sounds Of The Universe

A phenomenal and extremely creative album. Depeche Mode finally dare something and walk on new paths, but stay true to their own style. Namely, to create a distinctive, dark Synthpop. We have rewarded ‘Sounds Of The Universe’ in one of our first reviews with an overall score of fabulous 4 stars. Read the full review of the album now.

Release: 1984
Overall Rating: 4.05
Great tracks: People Are People, Blasphemous Rumors, Something To Do, Lie To Me, Somebody
Weak tracks: (None)

The album ‘Some Great Reward’ contains only 9 songs, but they are all almost flawless. With ‘People Are People’ Depeche Mode made their international breakthrough, the melancholy at the peak with ‘Blasphemous Rumors’ and ‘Master And Servant’ was provoking in that time and for a long time shaped a sinful image for the band.

Release: 2005
Overall Rating: 4.08
Great tracks: A Pain That I Used To, John The Revelator, Suffer Well, The Sinner In Me, Precious, Lilian
Weak tracks: Introspectre

With 6 times a full 5-star song rating, ‘Playing The Angel’ is one of my favourite Depeche Mode albums. It is one of the most fast-paced and melodic albums of their career. Already at first listening, I came directly into the groove and every Depeche Mode fan knows that this is not always easy.

4. Songs Of Faith And Devotion

Release: 1993
Overall Rating: 4.1
Great tracks: Walking In My Shoes, In Your Room, Rush, I Feel You, Mercy In You, Higher Love
Weak tracks: (None)

Every Depeche Mode fan knows the story behind the production of this album. It’s one of the most difficult and saddest recordings in the band’s history leaving a lot of scorched earth behind. Then the revolt in the fan community, why Dave Gahan now has long hair. For many fans, the band has died and made the hairstyle responsible for the supposedly poor quality of the songs. Something I never understood.

And at the end of the long SOFAD tour, a shocking message that some fans still have to deal with and left no healing scars. Alan Wilder leaves the band. Personally, I thank the band for this wonderful album, which still brings tears to my eyes but is so beautiful in itself.

‘Ultra’ is uncompromising, brute in sound and the darkest Depeche Mode album of all time. For me until today my personal favourite album of the band. But also the story behind the album is rather tragic. After Dave Gahan had had a near-death experience a year earlier due to a heroin/cocaine overdose, the future around Depeche Mode was uncertain. Everything seemed to break apart.

In a later interview with The Guardian, Dave Gahan says, “When I died, there was only darkness. In the two minutes my heart stopped, this humungous voice inside of me went: ‘This is wrong.’ Like I don’t get to choose when this is over. It scared the shit out of me.”

With the fourteenth album, ‘Spirit‘ Depeche Mode present themselves after a long time politically. And there is not only lyrical to hear out. Also tonally colours the uncomfortable political mood on the sound of the band. Dark and unpleasant, ‘Spirit’ by Depeche Mode does not deliver an easy listening pop album.

I celebrate this album every time I hear it. That’s exactly what I love the band for. To put yourself in danger again and again in which you try something new and renounced learned habits. After more than 35 years of success, the guys from England are still close to the times. Read the full review of the album now.

The second result which surprised me very much. From the feeling, I would never have rated the album as high in the rating. On the album is also in principle a hit after another. And with a number of only 9 songs, the chance of a high rating is of course obvious. Even though the album ‘Violator’ is not one of my personal favourites, the individual songs are very good.

All Depeche Mode albums in a chart overview

To honour the band, we have released two tribute compilation in 2018. If you might have missed them, go and check them out now:

Electrozombies not only has the best logo, they also keep the Electro-Pop scene alive and up to date thanks to their website which is a weekly log in for us.