Home
Magazine
Article
What is the best Camouflage album ever?

What is the best Camouflage album ever? 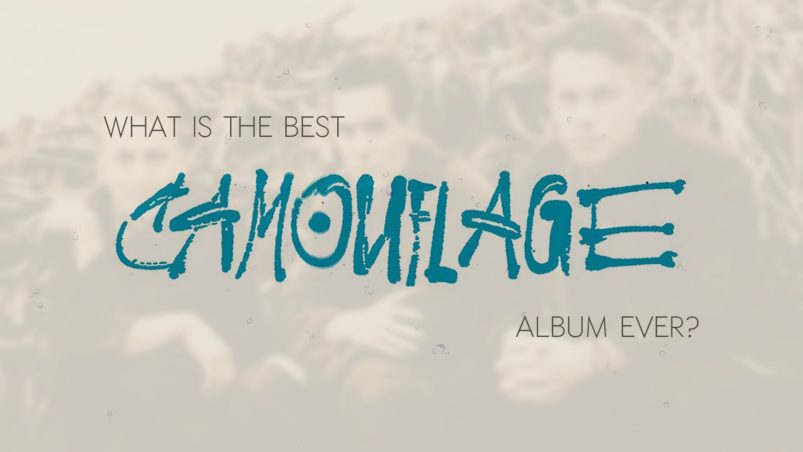 To find out which is the best Camouflage album, I did the work and rated every single album track by track. I summarized the result in a ranking taht you can find here. At the end of the article, the values are again clearly arranged, shown chronologically in a curve graph. Furthermore you can check the in-depth rating of each song by clicking the “Track by Track rating” accordion tabs.

Sadly, the masters of instrumental music

I really love and adore Camouflage since the 80s. But intrumental music is boring and soulless to me. That’s why the band doesn’t do quite so well here, at least as far as the star rating is concerned. There are fantastic songs on every album, but the instrumentals clearly pull the overall rating down. I guess if you put all the instrumentals on one album, you’d probably have an above average, great space opera. But it’s exactly these instrumentals that I always skip on a regular Camouflage album.

I think the ‘Spice Crackers’ is not bad in principle, but unfortunately ‘Camouflage’ have clearly overdone it here with their endless instrumental tracks. Also the influence of the early 90s Ambient and Trance movement has not been taken up by most fans and also me as a positive element, in an actual Synth Pop album. If you like elevator music and endless seeming soundscapes, then you will surely find what you are looking for here. 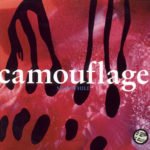 When the album ‘Meanwhile’ was released, it completely passed me by. I don’t think there was much promotion done for the album at that time. I didn’t have MTV at my parents home and I didn’t see a music video of the album at the German music show ‘Formel Eins’. Compared to the debut, the follow-up had a hard time. But honestly the album contains too many very weak and trivial songs. And I think many other fans of the first hour were disappointed by this follow-up. 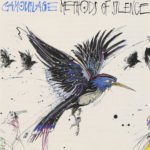 After ‘The Great Commandment’, ‘Love Is A Shield’ is probably the second biggest hit of the band. It is on the album ‘Methods Of Silence’, packed with a fantastic cover. Besides 3 other good songs, the album is rather mediocre. Besides that there are all these instrumental fillers. Camouflage would have done well to put the b-sides ‘Kling Klang’ and ‘The Story Of The Falling Fighters’ instead of the last two instrumentals on the album. 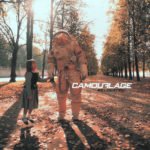 With the album ‘Relocated’ I had this feeling that Camouflage are finally back! With the Singles ‘Motif Sky’, ‘Something Wrong’ and ‘The Pleasure Remains’ Camouflage have chosen the right songs for the radio. But there are more Single worthy songs like ‘We Are Lovers’ or ‘The Perfect Key’ on the album. Especially worth mentioning is that this time there are no endless instrumental tracks. There are 3 titles, but they are also only very short. The album ‘Relocated’ is also part of the article ‘20 Synth Pop milestones and collection must-haves‘. 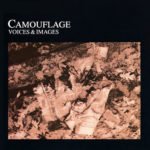 With the ranking of the debut, some die-hard fans probably want to stone me. I guess I’ll take the risk. Because no matter how much you love the band, if you are honest, you know that the album is not flawless. For a debut album it is absolute awesomeness. And the Singles are timeless and amazing. From the heart I would like to give the album a full 5 star rating, but ‘Music For Ballerinas’ and ‘Pompeii’ annoy me too much for that. But from the track by track rating, we are already on a very high level here. 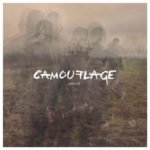 ‘Greyscale’ was announced and postponed again and again. Almost 10 years after the ‘Relocated’ album we all have been longing for it. And we were not disappointed. On many concerts, long before the release, the band has already presented the Singles ‘Misery’ and ‘Shine‘ live to their fans. And the album delivers one hit after another. Many fans and also I took the song ‘Count on Me (Featuring Peter Heppner)’ to the heart. At least that’s what I could hear from many conversations. A cooperation like this should be on the agenda for the next album. Read the full review here. PS: Skip the “Grey” tracks. 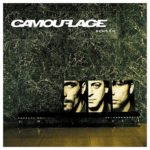 From the first single ‘Thief’ (1999) to the release of the album ‘Sensor’ (2003) it took four whole years again. The result is a fantastic Synth Pop album that is unparalleled. Sure, the two instrumentals lower the overall rating a bit, but the majority of the good ratings clearly outdoes it. Very nicely visualized on the album cover is that the band is on the road again in a threesome. I don’t know if that’s an unpopular opinion of mine, but you can also hear the trio and the enhancement in sonic terms. The songs are all more pleasing and much more catchy. 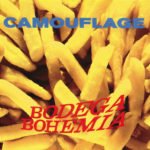 Surprise, surprise: The worst album artwork (maybe the funiest) is the best Camouflage album ever. Congrats to ‘Bodega Bohemia’. In principle, the same mechanism as on the ‘Violator’ album by Depeche Mode is used here (Article: What is the best Depeche Mode album of all-time?). You remove all irrelevant tracks like intros, interludes, instrumentals and outros and concentrate only on the few strong songs. Here less is more and will be rewarded accordingly.

‘Bodega Bohemia’ is after ‘Spice Crackers’ the commercially most unsuccessful album of the band, but in my opinion the best. To visualize the greatness of this album, I took the liberty of creating this fan artwork with a wink.

All Camouflage albums in a chart overview