The Last Punks On Earth 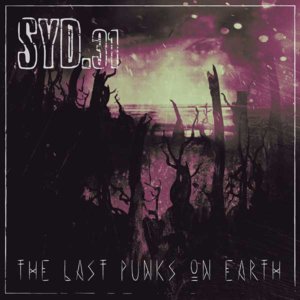 It’s happened. It’s here. It’s the sound of our bleakest landscapes; the noise of the angriest band in the UK taking rage to a level rarely heard before.

With two successful EPs and a single behind them; Syd.31 are redefining what it means to be a band as society rips itself apart – music with purpose and impact. Imagine Slayer joining forces with Die Antwoord, or the furious love child of Grace Jones and Sid Vicious fronting Atari Teenage Riot.

Delivering an uproar inspired by the decline of culture and the loss of safe spaces for freaks as the world becomes an increasingly dangerous place for us all; this is no science fiction dystopia. This is real – true tales of homelessness, violence, isolation and destroyed optimism. The last four years of performing live, talking to people, and seeing what makes them dance has helped Syd.31 craft this album into a deafening voice for the voiceless.

10 tracks full of their signature anthems for a post-industrial age, delivered with a barely held together sense of chaos and panic; The Last Punks on Earth fuses hardcore punk, goth, industrial, drum & bass and metal laced with stabs of bleak euphoria.

Decisively stepping away from their previously club-oriented sound and utilising a much more gritty, raw and lo-fi sonic palette; this is not an album that seeks approval, but one that punches back at the incoming tide of the world today. The Last Punks on Earth was mixed and mastered by Oscillate Recordings in their Manchester studio; specifically using a virtual version of the studio that Joy Division used on Unknown Pleasures – an album that is widely recognised as one of the bleakest punk albums of all time.

“There’s no-one like us, so no-one likes us!” Syd.31 scream furiously as our world burns around us all; capturing the zeitgeist and the realisation that we may be the very last counter culture to challenge the mainstream. If the last punks on Earth made one final album this would be it; and it is officially released on the 17th of March 2017 by Analogue Trash.

Editor’s note: Already in October of the last year we presented the official music video ‘We Are The Freaks’. The video provides a great insight into what’s waiting for you on ‘The Last Punk On Earth’.

Get Syd.31 – The Last Punks On Earth now