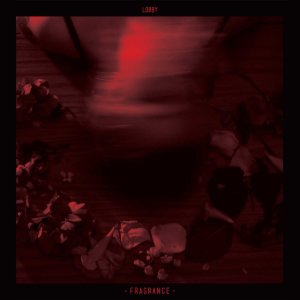 Usually I’m not the die-hard Wave-Girl, although I enjoy a little head-down shuffling from time to time. But here is something new: French Cold Wave band ‘LOBBY’ sounds as if having spent 30 years with ‘The Smiths’ and ‘The Cure’ but at the same time as fresh and optimistic as if just hatched. The latter is the truth: having formed only in 2017 ‘LOBBY’s second album ‘Fragrance’ appears very mature in matters of composition and in reception of ‘traditions’ in our music scene.

A dominant bass gets ensnared by typical guitar riffs and spheric synths. The synths are quite comparable to the likes of ‘Empathy Test’, but ‘LOBBY’ is most definitely more on the Rock-side of it. The vocals dwell in the middle ground, exactly as they should, the electronic drums are clear and focused.

What I really enjoyed here is the fact, that the album doesn’t get boring, as Batcave/Wave-influenced stuff sometimes tends to do. Every song is a new way of interpreting and transferring beloved patterns into the next space-time continuum. At times quite danceable, those Frenchmen don’t leave you to open despair and doom in a dirty, unlit garage, they manage to lift your mood but without letting you get all too lofty, of course.

‘Fragrance’ is not a record, that will surprise you, but it combines so many good things that you can’t do but like it.