Home
Magazine
Article
What is the best And One album ever?

What is the best And One album ever? 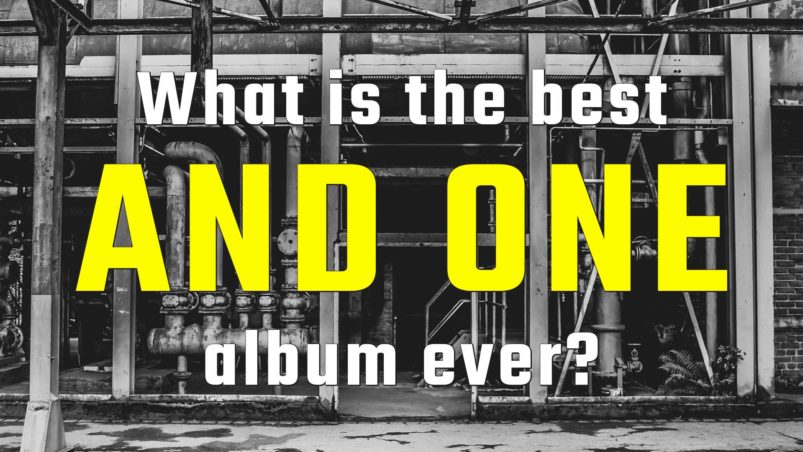 To find out which is the best And One album, I did the work and rated every single album track by track. I summarized the result in a ranking that you can find here. At the end of the article, the values are again clearly arranged, shown chronologically in a curve graph.

My first active memory of And One is the club uberhit ‘Für’ from the fourth studio album ‘I.S.T.’ (1994). A track that everyone in my favourite club at the time (Stahlwerk, Düsseldorf) was just waiting for. A guaranteed hit for a full dance floor. Since then I’ve been a fan of the band and own all their albums in physical form.

However, there are also phases of ‘And One’ that are really scary. The time when ‘And One’ was signed to Virgin was, in my opinion, the biggest mistake in their career. Everything was smoothed out to please the mainstream and the suitability for radio was not a good decision. But at least even this time has generated a few gems.

‘And One’ is the epitome of typical German EBM paired with Synth Pop and has a solid standing in this niche and fans worldwide. Even if I make critical judgements here in the article and some album productions definitely have to lose ground, I love ‘And One’. But enough foreplay for now. Discover now what the best And One album ever is.

The best And One album charts 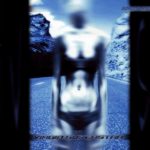 ‘Virgin Superstar’ is just a mediocre electronic Pop album. The original DNA that made up ‘And One’ has disappeared from the album almost without a trace. When the album came out, this album was an absolute ‘And One’ low point to me. Sorry guys, this album sucks! 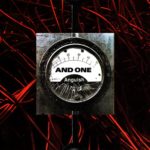 The debut album ‘Anguish’ is a solid first work that ‘And One’ can be proud of. In terms of sound, it was at the absolute top of the underground EBM / Industrial scene in 1991. Of course there are a few gaps on here that shouldn’t have been there, but I think Steve Naghavi and the rest of the band just liked to experiment playfully. Personally, I think ‘Second Front’ is the strongest song on the album, otherwise there are many mediocre tracks throughout the album. 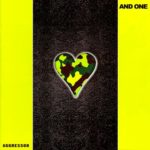 The album artwork and the title aroused great hope in me that ‘And One’ had returned to their old strengths. However, after the first listen, all my hopes were mercilessly shattered. In contrast to their predecessor ‘Virgin Superstar’, the sound is definitely more typical of ‘And One’. But an album completely in German? The problem with German lyrics in this scene is that they quickly become embarrassing because they sound cheesy and like common Pop music. Or even worse, when the lyrics are just clichéd calendar slogans. But I guess that on ‘Aggressor’ the concept was above everything. One good thing about it: It was the last album to be released on the major label Virgin. 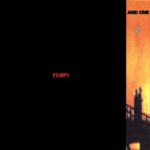 Is it a good idea to call the second album ‘Flop!’? I mean because of self-fulfilling prophecy and all that. In my opinion, there are also too many gap fillers on the second album. That is a great pity. But what I really love are those fantastic old analogue synthesizer sounds. They all sound so rich and metallic cold. The album also contains the first big club hit ‘Techno Man’, which is still a constant part of many playlists in nightclubs. The song ‘Die Stille Vor Dem Ton’ sounds to me like a love letter to ‘Kraftwerk’. 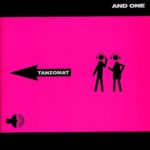 I definitely think the album ‘Tanzomat’ is weaker than its predecessor ‘Bodypop’. However, I have to admit with humility that I was a bit harsh in my choice of words and my judgement in my review of ‘Tanzomat‘ at the time. Now that I have listened to all the albums in a very short time, I notice the great progress compared to the albums from Nordhausen to Aggressor. But it’s never too late to admit mistakes and apologise, which I do herewith. I have adjusted the rating in the original review upwards again. 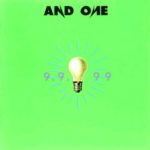 The opener and first single ‘Get You Closer’ point to a first-class Synth Pop album. However, the crux of the matter is again the forced, radio-friendly complaisance, which probably came from the major label Virgin. It can be assumed that to smooth the waters, the EP ‘Maschinenstürmer’ was added in the limited first edition for the old fans.  The 5 tracks are all not aimed at the mainstream, but also not particularly worth mentioning. 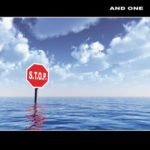 One thing in advance. I still stick to my opinion in our review that the album cover of ‘S.T.O.P.‘ is the ugliest And One cover ever. However, the album is quite solid and also offers a few highlights. The limited editions of the album include the EP ‘Treibwerk’. Two noteworthy artists appear as guest vocalists on this release. On the song ‘Get It!’ it is ‘Douglas McCarthy‘ and on the track ‘Low’ it is ‘Eskil Simonsson‘ from ‘Covenant’. It simply belongs on the CD shelf. 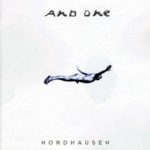 In Germany, the mid 90s were particularly marked by the so-called “Fun Society”. There is even an entry on this in the German Wikipedia: Spaßgesellschaft in the German Wikipedia. Somehow I always had the feeling that this had influenced the album. Especially I include the tracks ‘Movie Star’ and ‘Sweety Sweety’. How far the new label Virgin has something to do with it I can’t say. But maybe these tracks are meant to appeal to more mainstream radio listeners. But fortunately there is also enough dark counterbalance, with songs like ‘Sometimes’, ‘Friends In Heaven’ or ‘Mirror In Your Heart’ that will melt every black heart. 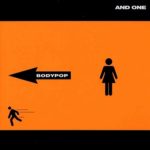 The album ‘Bodypop’ is the first album on the Out Of Line label. With a few exceptions, the album is a real banger. After many years of conceptual experimentation, the mellow way to please the mainstream (Virgin era), ‘Bodypop’ finally features EBM / Synth Pop club hits for the scene again. With the limited edition, fans also receive the EP ‘Frontfeuer’. Here the band proves that they can still do really good, stomping oldschool EBM. Absolutely recommendable! 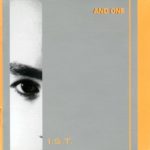 The album ‘I.S.T.’ is the last album that was released on the label Machinery Records. With ‘I.S.T.’, ‘And One’ has created a milestone alongside ‘Spot’ that is beyond compare. The synthesizer sonics sound beautifully warm and mechanically hard. The lyrics hit the Zeitgeist of the black scene with a targeted precision. In conclusion: An album that every EBM / Synth Pop fan must have in his or her collection! 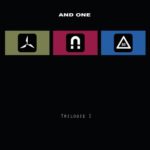 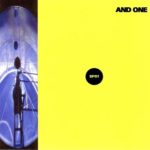 During the production of the 1993 album ‘Spot’, ‘And One’ finally got the trick. The album contains one club hit after another. The fusion of EBM and classic Synth Pop is perfectly achieved here. No wonder this magnificent masterpiece made it into our list of ‘20 Synth Pop milestones and collection must-haves‘. In principle, I could go on to praise almost every song, but that would go beyond the limits here. So I thank ‘And One’, in full reverence for this great album. If there is actually a visitor who doesn’t know the album, then listen to ‘Spot‘ right now. And that is an order!

All And One albums in a chart overview