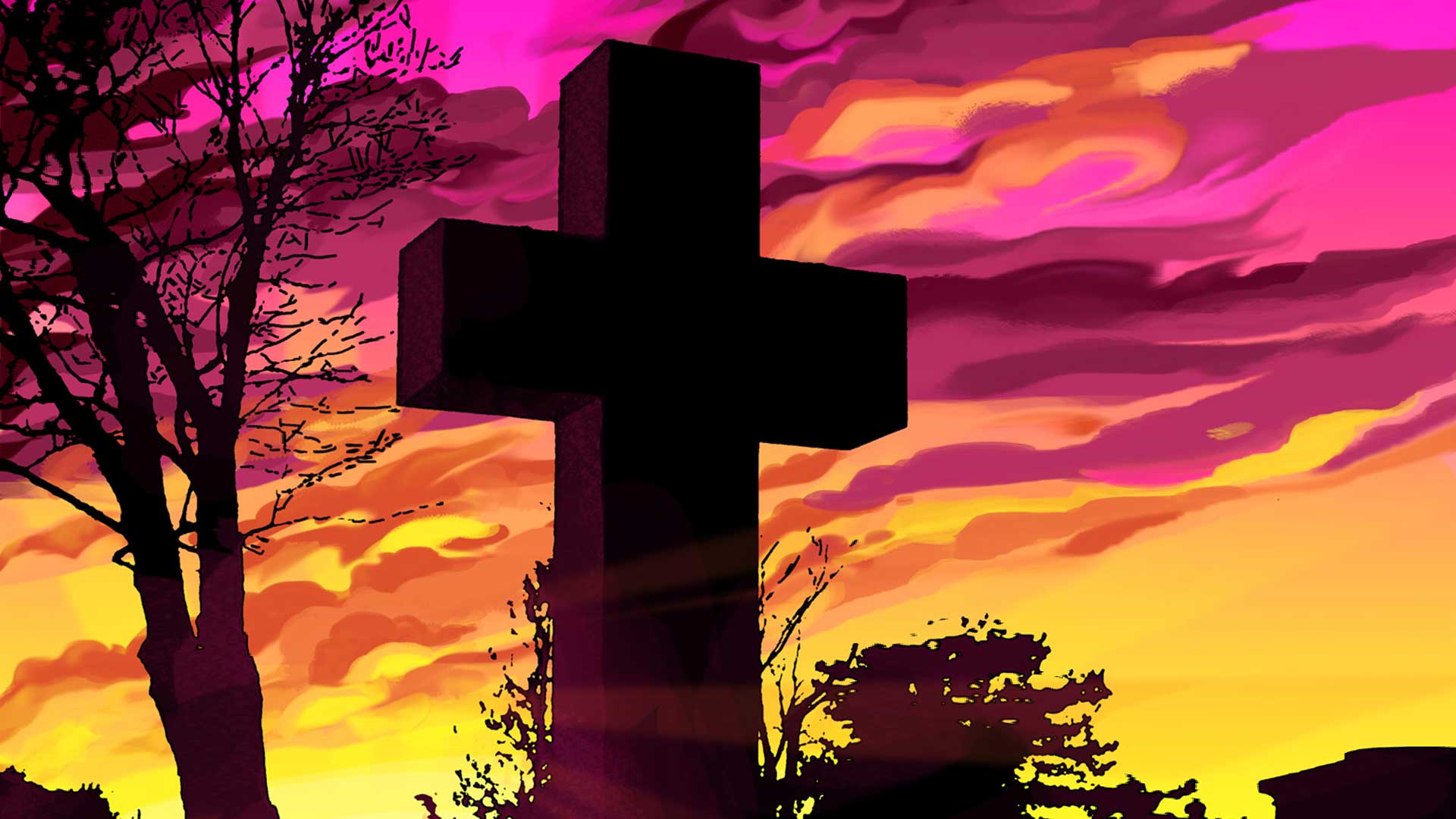 Anyone following the genre closely has seen it coming for years, and it’s very difficult to feel surprised by the music’s current lifeless state. The recordings that defined the heart and the soul of synthwave, from creators like Mitch Murder, Lost Years, Miami Nights 1984, and Lazerhawk feel like a distant memory now, and returning to those early albums — with all their incredible magic and imagination — simply drives home how disappointing creations in a similar style have become.

The archetypal sounds of the genre are gone, a fading snapshot of nostalgic music pining for a decade that began 40 years ago. There is, of course, an army of mediocre and worse artists still attempting to mimic the sounds of early Synthwave music, though the likelihood of another great album manifesting at this point is effectively non-existent.

If you don’t believe it, take a moment to revisit songs from the early era like Miami Nights 1984’s “Early Summer”, D/A/D’s “Backbone of the Night” and Mitch Murder’s “Midnight Mall” (or really, anything from the first four years of Mitch Murder releases). Or, let yourself get pulled into the immense magic and imagination of Le Casette’s entire Left to Our Own Devices album.

Those releases had an inspired songwriting spark and intangible charm that is completely absent from the current genre, including music from the same creators.

Lost Years never fully recaptured the spirit of 2012’s Amplifier. Mitch Murder has been on a long, steady decline since 2014’s Interceptor. (Update: Mitch Murder’s 2021 album Then Again provides a welcome reminder of Synthwave’s glory days). Perturbator has creatively been running away from Synthwave for years. The quality of Kavinsky’s music was debatable even when it was still relevant, and MN84 disappeared at a creative peak years ago.

A moderate number of other respectable artists did well through the middle of the decade, though even they are in decline. The reality is that Synthwave from the late ’00s to the mid ’10s captured a very specific moment in time, a moment when the childhood memories of its creators from the 1980s were vivid and still had a strong, tangible emotional pull.

That moment has faded from the universe and the magic is gone.

There are simply too few artists making meaningful music in Synthwave’s original, lo-fi approach to make it worth sifting through the thousands — yes, thousands — of unskilled imitators working in the style today.

That all sounds very bleak, and for those of us who love the sounds of early Synthwave, it can absolutely feel that way. But life goes on and so does music innovation and evolution.

The term “Synthwave”, which once applied to a very specific production sound and songwriting style, has grown remarkably wide and now encompasses an enormous range of music, most of which has little connection to the Outrun music produced at the turn of the last decade and doesn’t necessarily reflect any specific creations from the 1980s.

Instead, Synthwave has grown from a niche underground genre into a low-key cultural phenomenon, pulling in a host of modern influences and finding its way into major motion picture soundtracks, the latest Taylor Swift album, and a brand new single from The Weeknd. With it, conceptions of what feels “retro” and what feels “’80s” have also shifted, and the universe accepts a much broader and more modern understanding of what constitutes a throwback to the era.

The interpretation of melody, songwriting styles, and use of retro synths have changed the ’80s revival into a massive cultural movement with significantly greater long-term potential. The ’80s now lives on in the DNA of an entire generation of music artists who have embraced the throwback as part of their understanding of contemporary music, using it to move the music forward instead of perpetually looking back.

Genre purists may wish to hold onto a narrow conception of Synthwave and continue to use the term to refer to the specific sounds of the early genre — anyone who followed my past articles knows I fought as hard as anyone to keep the name sacred, see ‘What Is Synthwave?‘ and ‘Why Synthwave Isn’t Synthpop (And Why It Matters)‘ — but we all know the inevitable has arrived.

Inch by inch, the term “Synthwave” has grown to encompass an increasingly diverse array of retro synth music, and it’s happened through years of natural and steady evolution of the music. Importantly, it’s been the most talented creators who have consistently pushed the envelope through the years and continue to do so today.

A masterwork of modern Synthwave. The Bad Dreamers, 2019

This pattern of evolution was ignited by a handful of creators, most visibly The Midnight, Gunship, and FM-84. The polished production and strongly modern music influences were, in the case of songs like The Midnight’s EDM-inspired track “Lonely City”, a drastic departure from early synthwave music.

A turning point for Synthwave. The Midnight, 2015

The popularity of those three artists caused countless others to follow, bringing in increasingly talented and professional creators from outside genres. Even producers on the dark side of the Synthwave spectrum, which has traditionally been gritty and ultra lo-fi, have begun embracing rich, modern production techniques.

We’re in a new era now, one in which Synthwave doesn’t refer to any one particular thing the way many of us are used to. It has grown in leaps and bounds over the past several years, most certainly in size, but also in diversity — and perhaps most surprisingly — in quality.

The caliber of music being produced at the edges of the Synthwave genre today is higher than anything that’s come before it. Professional producers are now partnering with full-time singer-songwriters in proper studios with some exceptional results.

There’s a certain tragedy in it for purists, and I was lamenting the imminent demise of old school Synthwave last fall in my review of Star Noir’s irredeemable Society album. But the grieving period is over. For those willing to flip their personal perspective and understand the second generation of creators not as aberrations, but as pioneers infusing the music with much-needed inspiration and excitement, a new world of possibilities opens up.

Suddenly creators like The Midnight, Gunship, PRIZM, and many others who are blending Synthwave with modern genre influences and production techniques are no longer isolated examples on the fringes of the genre. They’re the standard-bearers for the genre moving forward.

Meanwhile, artists who have traditionally fallen outside the synthwave genre have been leaning increasingly further into retro synth styles, to the point that the space between Synthwave and modern forms of Pop and EDM has been obliterated. If Synthwave is fundamentally a throwback to ’80s synth music, then the genre is wide open.

Shura tracks like “Tongue Tied” and “Nothing’s Real” from 2016 are more of an authentic evolution of ’80s music than a thousand copycat Outrun albums combined, and they have much of the nostalgic magic that old school Synthwave has lost. (To say nothing of their infinitely higher production quality.)

If there are any doubts that modern Pop artists are listening to and pulling influences from Synthwave, one look at the cover for Allie X’s analog version of her Super Sunset and the music video for Dua Lipa’s “Let’s Get Physical” should clear things up.

For those concerned about the older style losing recognition, it’s worth remembering that the early music still has its own unique name: Outrun.

Outrun Electro (and Retro Electro) were the first commonly accepted names for the genre before Synthwave and Retrowave sprouted up, and “Outrun” remains a perfectly unique identifier for the original sounds of the genre.

At the end of the day, those early Outrun albums aren’t going anywhere. They’re still there for all of us to enjoy, and in some ways, the magic in them is actually stronger now, as they’ve been out long enough to carry their own nostalgia. Listening to Mitch Murder’s Current Events, for example, puts me in a dreamy haze that takes me back to the people and places in my life when I first heard that recording almost a decade ago.

It’s nostalgia on top of nostalgia, and those albums will always have their place in the Synthwave pantheon.

Yes, the original form of Outrun has become a badlands with little sustenance to offer its visitors, but Synthwave itself is arguably healthier than it’s ever been. It’s enjoying more polished and finely crafted creations under its banner than ever before, and it’s undeniably reaching more eyes and ears than at any point in its history.

While dozens of quality creators are contributing to the second generation of synthwave from within, hundreds of others in Indie Pop, EDM, Alt Rock, and mainstream Pop incorporate its retro synth sounds into their creative approach and have erased the boundary lines in the process. At the start of a new decade, Synthwave is already bigger and far more popular than ever. For those willing to embrace the changes, Synthwave is not only alive and well, but thriving.