Depeche Mode, apart from their main­stream radio hits, are gen­er­ally not a band known for fluffy and life-affirm­ing music. In this list, I would like to present the songs that most people don't think of dir­ectly and that are really gloomy. Be it lyr­ic­ally, sound­wise or in terms of tonality.

Accordingly, I have selec­ted the songs by the attrib­utes mel­an­choly, bit­ter­sweet­ness and grim and sum­mar­ised them here. A short explan­a­tion why the selec­ted song is one of the "best, darkest Depeche Mode songs" is included. I have added the best dark lyr­ics to each song as well.

The best, darkest Depeche Mode songs in no particular order 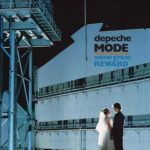 Lyrically, the song 'Blasphemous Rumours' des­troys you on a men­tal level, if you are not exactly an empathy-less steel bolt. Including the pro­voc­at­ive lyr­ic line "… God's got a sick sense of humour", the song will not only make you infin­itely sad, but at the same time angry with a cer­tain helplessness. 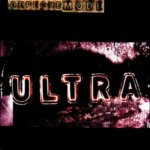 Acoustically, you can already hear the dark­ness of this com­pos­i­tion. With naus­eat­ing voice samples and indus­tri­al sounds like from a hor­ror movie, even a cas­u­al listen­er can tell that this is not a happy pop song. If you know the back­ground story of Dave Gahan's over­dose includ­ing a short clin­ic­al death, it makes the song even more bitter. 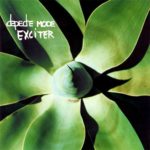 3. The Dead Of Night

The Exciter album is often described as float­ing over a spring-like mead­ow of flowers. But the song 'The Dead Of Night' is com­pletely out of the ordin­ary. This raw song sounds dirty and almost per­verse. Disturbing synths, lots of dis­tor­tion effects and Dave belts out the song with his nas­ti­est style of voice. Ingenious!

4. Secret To The End

Anyone who has ever been at the end of a rela­tion­ship knows all those dark feel­ings sung in the song 'Secret To The End'. From self-doubt, to anger and dis­ap­point­ment that almost makes your throat choke. The song from the 2013 album 'Delta Machine' is really, and espe­cially lyr­ic­ally, a gloomy song that leaves no one cold.

Thank God, I'm not the same as you
You always know exactly what to do
Is who I am, is not for you
We've come to the end 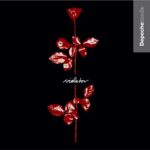 The song 'Clean' is cer­tainly them­at­ic­ally wide-ran­ging in its inter­pret­a­tion. However, the under­ly­ing dark­ness of the song can­not be ignored. Even if it can mean some­thing dif­fer­ent for every listen­er, every­one who has left a pain­ful phase in his life behind can identi­fy with this song, 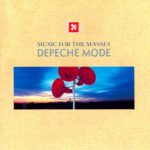 If there's one song in this list that evokes the deep­est sad­ness, per­haps apart from 'Blasphemous Rumours', it's 'Little 15'. There are almost 1,000 the­or­ies online about the exact mean­ing of the song. However, I haven't found a cred­ible one that I would men­tion here. Nevertheless, lyr­ic­ally the song is prob­ably about a 15 year old girl whose life is going any­thing but well, rather tra­gic­ally I would say. That's at least the most obvi­ous thing in this song and that's all the lay­ers this mas­ter­piece needs.

Do you understand?
Do you know what she means?
As time goes by
And when you've seen what she's seen
You will 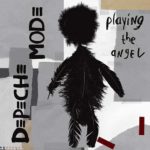 'A Pain That I'm Used To' is anoth­er song with an extreme and almost threat­en­ing indus­tri­al son­ic storm. The song was writ­ten by Martin Gore dur­ing his divorce and with this back­ground the song almost explains itself. On the album 'Playing The Angel' there are more tracks that accom­pany or cap­ture the divorce phase.

All this run­ning around, well it's get­ting me down
Just give me a pain that I'm used to

8. Walking In My Shoes

With the most pro­found mel­an­choly, the mis­steps that have been com­mit­ted out of pas­sion, devo­tion and sexu­al lust are sung down here. The song sounds like a lament, which is under­pinned by the fol­low-up single 'Condemnation'. But 'Walking In My Shoes' has, in my opin­ion, the darkest aura and atmo­sphere on the 1993 album 'Songs Of Faith And Devotion'.

'Alone' is one of the quieter bal­lads on 'Delta Machine'. However, depend­ing on your mood, this song can really ruin your day and drag you into a deep emo­tion­al crisis. At least that's true for all people who listen to music not only super­fi­cially, but I don't assume that for my pro­found readership.

I would use 'help­less­ness' as a gen­er­al term for this moody song. From anoth­er point of view, the song could refer to a per­son with a men­tal dis­order, but here I am only speculating.

The top­ic of "break-up" is argu­ably the cent­ral focus of the very gruff song 'Useless'. With this song and the unusu­al and very hard gui­tars, Depeche Mode gave elec­tro rock a strong boost. Many older Depeche Mode fans don't like this song at all. I con­sider it an extremely dark pearl in the band's repertoire.

If there is one song from the dif­fi­cult peri­od of the album 'Playing The Angel' on the sub­ject of "repent­ance", it is surely "The Sinner In Me". Lyrically, the song is already extremely bleak and suf­fer­ing. The bridge (start­ing at 03:13min) in this song feels son­ic­ally like a thou­sand little needles are being sent through your aud­it­ory canal, straight into your brain. The song man­ages to cause such acous­tic pain like no other!

The song 'In Your Room' is basic­ally sexu­al desire described in three acts. The 3 acts are aud­ibly built up exactly like that and slowly lead to the sexu­al cli­max. The music video for 'In Your Room' is one of Anton Corbijn's best. In gen­er­al, I think that the 'Songs Of Faith And Devotion' era was the visu­al peak of the band in col­lab­or­a­tion with Anton Corbijn.

In 2009, Depeche Mode launched the era of the 'Sounds Of The Universe' with this brute and uncom­prom­ising track called 'Wrong'. For me it had some­thing of a dejavu in 1997 with 'Barrel Of A Gun' as the first single on 'Ultra'.

The accom­pa­ny­ing music video for 'Wrong' is just as dis­turb­ing, unusu­al and raw as the song itself. If there were fans who thought Depeche Mode were a pop band until then, then this thought should have died with the song. The song is gritty, pitch black and really filthy. I love it!

The album 'Spirit' is prob­ably the most polit­ic­ally crit­ic­al 'Depeche Mode' album since the early 80s. The title track 'Going Backwards' clearly sets the tone for the 2017 mile­stone. Serious top­ics about polit­ics and soci­ety are taken up here and 'Depeche Mode' are not exactly squeam­ish when it comes to the ton­al­ity. Lyrically, they are still in the green zone, but the bru­tal and harsh under­tone makes the music.

For me, the album is mer­ci­lessly bit­ter and ser­i­ous. You don't neces­sar­ily find the big dance­able hits on the album, which most fans have missed and cri­ti­cised. However, I think it is an album whose top­ic and concept is more import­ant than pro­du­cing catchy radio hits. 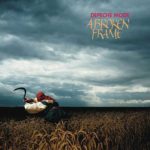 The song 'Leave In Silence' is now acous­tic­ally one of the more pleas­ant, almost radio-ready songs in the list. Nevertheless, the song is lyr­ic­ally close to the song 'Secret To The End'. Because it is also about the bit­ter top­ic of break­ing up.

The song was writ­ten in 1982 and there­fore has a cer­tain naiv­ety, but lyr­ic­ally Martin Gore was already very advanced and mature for his age. This song has been with me for almost my entire music­al life and per­haps there is a bit of nos­tal­gia in the assess­ment of the dark sound. However, the mel­an­chol­ic mood can­not be denied.

Listen to 'The 15 best, darkest Depeche Mode songs' on Spotify

What's your opinion about these dark Depeche Mode songs?

Did I miss an import­ant dark song? Do you agree with this list or do you think this list is non­sense? Please use the com­ment sec­tion below.